New Covid-19 variant Orthrus accounts for around one-quarter of all cases in England, data shows.

The sub-lineage of the Omicron variant, known as CH.1.1, is one of the most likely to take over from currently dominant BQ.1, according to the UK Health Security Agency (UKHSA).

Since the first cases of the new variant emerged in November it spread to account for 23.1 per cent of all cases in England by 1 January, the latest UKHSA figures show – though sequencing suggests it could make up as much as 100 per cent in some areas.

The figures for that week suggest Orthrus accounted for around 8,700 cases, though officials warn variant estimates are uncertain.

Orthrus, along with the Kraken, or XBB.1.5, variant are thought to be moving towards dominance in Britain – though neither have been classed as being “of concern”.

The XBB.1.5 variant has been increasing in the United States in recent months, becoming dominant two weeks ago, but remains at very low prevalence in the UK.

Genomic mapping from the Sanger Institute, a partly government-funded research group, show that Orthrus had taken in over in certain parts of England.

Uncertainty is high in the Sanger modelling but the data shows that Orthrus could account for up to 100 per cent of recent cases in areas around the country.

Blackburn with Darwen has the highest percentage of cases when taking the difference between the lower estimate, 43 per cent, and the upper estimate, 100 per cent.

The first area of the UK to register Orthrus by Sanger’s modelling was Blaby, southwest Leicestershire, in the week leading to 12 November.

The latest variant, like Omicron and Kraken, before it, takes its name from Greek mythology. In ancient fiction, Orthrus was a two-headed dog that guarded a giant’s castle.

Dr Meera Chand, UKHSA director of clinical and emerging infections, said: “Through our genomic surveillance we continue to see evolution of variants in the Omicron family.

“UKHSA is constantly monitoring the situation and working to understand the implications for public health.

“Vaccination remains our best defence against future Covid-19 waves, so it is still as important as ever that people come take up all the doses for which they are eligible as soon as possible.”

Officials have welcomed a drop in Covid-19 cases since an uptick in December added to the pressures on the NHS.

The latest data from UKHSA showed 28,009 cases in the week to 7 January down 25.8 per cent from 37,757 in the week before, while the number of people in hospital in England with Covid-19 dropped to pre-Christmas levels.

Health experts said the figures were “encouraging and welcome”, but stressed the importance of getting the latest booster dose, with around a third of over-50s still not having received the jab. 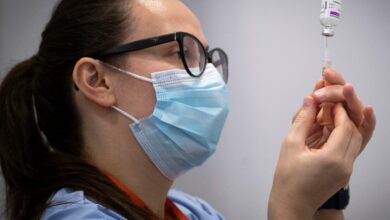 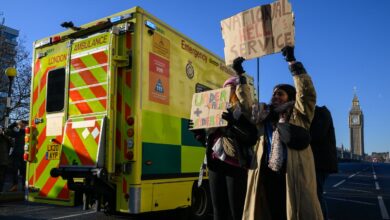 Heart attack and stroke patients could be denied ambulances during strike 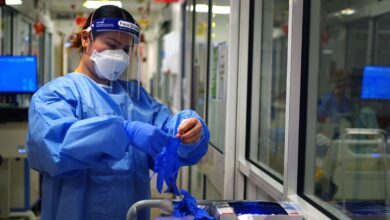 Experts predict increase in Covid hospital admissions and another wave