Ivan Toney may be at the heart of a very modern footballing phenomenon, the tweet war where offence is imagined and hostilities conducted via smartphone, but there is an old-fashioned element to his progress. He is set to become the first Brentford player to represent England for 83 years, since the Second World War curtailed Les Smith’s brief international career, and his is a CV with a certain throwback appeal.

Some are fast-tracked to the top. Like many a player of an earlier generation, Toney took the indirect route. As he noted, he made Gareth Southgate’s senior squad without ever representing his country at a lower level; indeed, Jamaica showed interest in him before England did. While only Erling Haaland, Aleksandar Mitrovic and Harry Kane have scored more Premier League goals this season, the 26-year-old has made fewer appearances in the top flight than in the Championship. He has made still more in League Two but has played most in League One. He was a serial loanee, lining up for Barnsley and Wigan, Shrewsbury and Scunthorpe, but a permanent transfer was when he felt furthest away from realising his ambitions.

He had made two top-flight appearances for Newcastle in 2015-16, spending a mere 10 minutes on the pitch. And that might have been the sum total of his Premier League experience when they sold him in 2018. “Leaving Newcastle when I went to Peterborough, that was an eye-opener,” he recalled. Especially as he began on the bench, understudying Jason Cummings and Matt Godden. “Other strikers were in front of me who were scoring goals,” he said. “It was about being patient and when your chance comes you have to take it with both hands.”

Which he certainly has. “I feel like you have just got to keep working hard and it makes it that much sweeter when you do get the chance,” Toney said. The road to England has been paved with goals: 101 in little over four years for first Peterborough and then Brentford. An expertise from 12 yards helps: he has scored 24 of 25 spot kicks, leading Thomas Frank to brand him the best penalty-taker in the world. Diplomatically, Toney argued Kane is better, because he has taken more pressure penalties.

He has come to savour his path. There was a temptation to “sulk away” on loans, but the experience benefited him. He is able to look back at his three years on the books at St James’ Park with understanding. “If I was a Newcastle owner or manager looking at a 20-year-old Ivan Toney would I have taken him? Probably not,” he said. “There are no hard feelings. They felt I wasn’t good enough.”

If he is now, it is in part thanks to the advice of his mother, Lisa. “She messages me before every game: ‘Be a beast on the pitch. Put your body around.’” Toney’s rise is a family affair in other respects. His older sister, Jasmine, was a university student who would take her little brother to training and work in the car while waiting for him to finish. His mum sometimes went without dinner so Ivan could have his. Brentford is a family club and recognition for Toney reflects well on many another. “It makes it much more special,” he said. “We know there was nobody called up from Brentford for 70-plus years.”

Southgate let Frank deliver the good news though; when Toney saw the Dane’s number flashing up, he thought he was ringing for other reasons. “I was running a bit late so thought he was calling about my timekeeping,” he explained: “Then he said: ‘I have the privilege to say you have been called up to the England senior squad’. For once in my life, I had nothing to say.”

It showed a level of self-awareness. Toney admits he can talk to referees too much. His openness extends to ruminating about playing for bigger clubs. Would he be as prolific as the striking superstars were he in the same kind of team? “Until I am there, who knows?” he said. “Hopefully one day I will be in their shoes and have that opportunity to score goals like Haaland and [Gabriel] Jesus.”

The Brazilian struck as Arsenal beat Brentford 3-0 on Sunday. When the Bees won their inaugural Premier League match at the Gunners’ expense last year, Toney tweeted: “Nice kick about with the lads.” It felt somewhat excessive when Mikel Arteta used it to motivate Arsenal for last season’s rematch. Gabriel Magalhaes then produced a deliberately similar tweet this weekend. “I think once was funny, second time a bit cringy,” Toney said. “But I bit my tongue: I wanted to reply, I wanted to nibble.” It wasn’t the kind of problem Les Smith ever encountered. 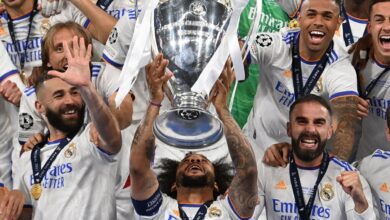 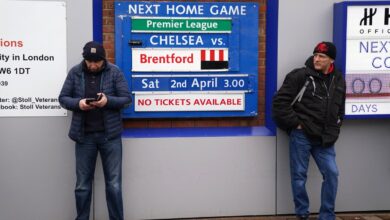 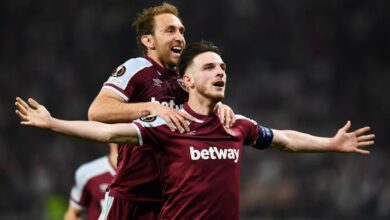 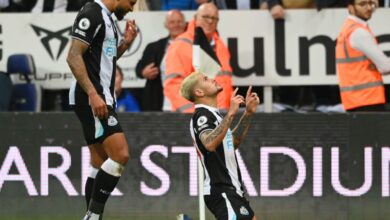