The World Health Organisation (WHO) has been forced to point out that the monkeypox outbreak is not linked to monkeys after reports emerged of increasing attacks against the primates in Brazil.

Brazil is one of the most affected countries by the current outbreak and is one of the only countries, apart from Spain and India, where a patient has died from the disease.

“What people need to know is that the transmission we are seeing is happening between humans,” WHO spokesperson Margaret Harris told reporters in Geneva on Tuesday.

Ms Harris added that monkeys could not be held responsible for the outbreak of the disease.

The WHO’s statement comes a day after Brazilian news website G1 reported on Sunday that 10 monkeys had been poisoned in less than a week in the city of Sao Jose do Rio Preto in Sao Paulo state.

Similar incidents have also been reported from other parts of Brazil.

Ms Harris said while the contagion can take place from animals to humans, the current outbreak is limited to human-to-human transmission only.

“The concern should be about where it [is circulating] in the human population and what humans can do to protect themselves from getting it and transmitting it,” she said.

People “should certainly not be attacking any animals”, she said.

“Any stigmatisation of any person infected is going to increase the transmission, because if people are afraid of identifying themselves as being infected, then they will not get care and will not take precautions,” she added.

“So do not stigmatise any animal or any human, because if you do do that, we will have a much larger outbreak.”

Last month, the WHO declared the current monkeypox outbreak ripping through Europe and the Americas as a global health emergency.

Since May, nearly 90 countries have reported more than 29,000 monkeypox cases.

Brazil, the US and Canada are the areas most affected in the Americas by the monkeypox outbreak, where more than 5,000 cases have been reported, the Pan American Health Organisation said last week.

‘Time is slipping away’: Fight to limit monkeypox outbreak as cases rise outside London 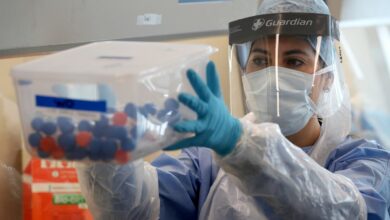 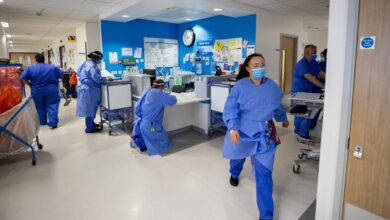 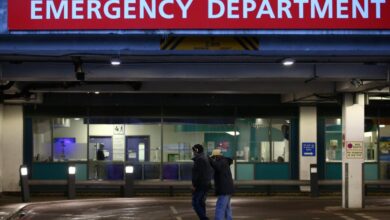