Nestled on a quiet street in a salubrious suburb, 657 Boulevard in Westfield, New Jersey boasts four bathrooms and more than 3,800 square feet on almost a half-acre of land. It’s in a great school district less than 28 miles from Manhattan – the perfect family home for both commuting and raising children.

At least that’s what the Broaddus family thought when they bought it nearly a decade ago.

Instead, they claimed they received a series of terrifying letters warning that their new home and young children were under constant surveillance by a creepy stranger who knew intimate details of their lives.

He called himself “The Watcher”.

Insurance executive Derek Broaddus and his wife, Maria, were so scared by the letters that they never moved in. Multiple investigations – undertaken by Broaddus hirees and authorities – attempted to unmask the letter writer. The case sparked countless theories, both locally and internationally; everyone from neighbours to sex offenders to the Broaddus family themselves came under suspicion.

It took the family years to sell the home – at a massive loss. And to this day, there are still no clues about who The Watcher might be – and what that threatening person truly wanted. Many in Westfield try to downplay the mystery or avoid discussing it altogether; others have altered their jogging routes to avoid passing a house that still gives them a “weird” feeling.

It all began in 2014 when Derek and Maria Broaddus, who had three young children, decided to buy their dream home for $1.35million in her hometown. They moved in their furniture and carried out extensive renovations – but before they could take up residence themselves, their idyllic family adventure took a strange and eerie turn.

Just days after closing, Mr Broaddus says he discovered a white envelope, addressed to “The New Owner,” in the family mailbox.

“How did you end up here?” the letter read. “Did 657 Boulevard call to you with its force within?”

It added that the home had “been the subject of my family for decades now and as it approaches its 110th birthday, I have been put in charge of watching and waiting for its second coming. My grandfather watched the house in the 1920s and my father watched in the 1960s. It is now my time. Do you know the history of the house? Do you know what lies within the walls of 657 Boulevard? Why are you here? I will find out.”

In a total of three letters, the Broadduses say the writer mentioned specifics that presumably could have only been witnessed and heard in close proximity to the home.

“I see already that you have flooded 657 Boulevard with contractors so that you can destroy the house as it was supposed to be,” the person wrote. “Tsk, tsk, tsk … bad move. You don’t want to make 657 Boulevard unhappy.”

The writer added: “You have children. I have seen them. So far I think there are three that I have counted”, then the threatening: “Do you need to fill the house with the young blood I requested? Better for me. Was your old house too small for the growing family? Or was it greed to bring me your children? Once I know their names I will call to them and draw them too [sic] me.”

The writer eventually did refer to the children “by birth order and by their nicknames,” even one child in particular, reported New York Magazine’s The Cut.

Mr Broaddus told the publication that he was “a depressed wreck” as he and his wife attempted to figure out what to do; she said their main goal was to avoid putting the children “in harm’s way.”

That was certainly a difficult decision, given the malevolent tone of the correspondence.

“It has been years and years since the young blood ruled the hallways of the house,” The Watcher wrote. “Have you found all of the secrets it holds yet? Will the young blood play in the basement? Or are they too afraid to go down there alone. I would [be] very afraid if I were them. It is far away from the rest of the house. If you were upstairs you would never hear them scream.

“Will they sleep in the attic? Or will you all sleep on the second floor? Who has the bedrooms facing the street? I’ll know as soon as you move in. It will help me to know who is in which bedroom. Then I can plan better. 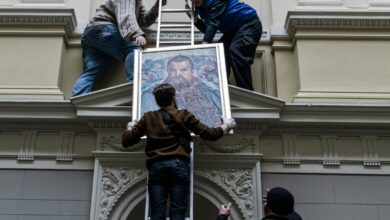 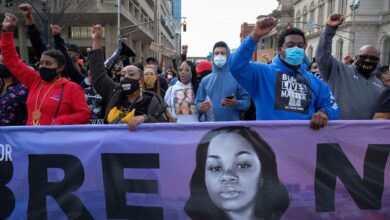 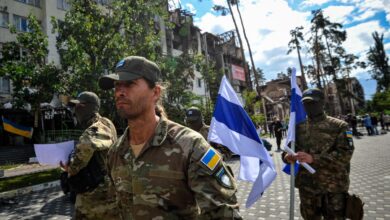 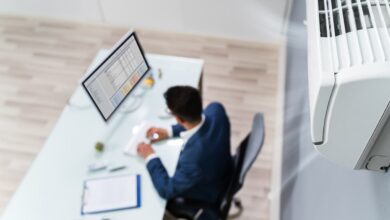