Priti Patel’s appointment of one of the architects of Australia’s asylum offshoring policy to review Britain’s Border Force is “wholly inappropriate”, a union has said.

Representatives of the authority’s staff voiced concern that Alexander Downer was a “political” choice amid pressure to reduce the number of small boats crossing the English Channel.

The Home Office said the former Australian high commissioner to the UK was appointed as an “independent reviewer” and hailed his “wealth of relevant experience”.

He will be looking at all areas of Border Force work, including the response to “rapidly evolving threats” and work to “prevent illegal migration”, a statement added.

The home secretary said: “I have appointed Alexander Downer to do this vital work and look forward to his findings and recommendations.”

As Australia’s foreign minister, Mr Downer led negotiations for the “Pacific solution” in 2001, which saw asylum seekers diverted and detained in Nauru and Manus Island in Papua New Guinea.

He is now the chair of trustees of the Policy Exchange think tank, which released a report on Wednesday calling for push backs in the English Channel and saying that “no one, even a genuine refugee” who arrives by small boat should “ever be granted a right to settle in the UK”.

In a September column for the Daily Mail, he wrote that although the home secretary had been “widely ridiculed on both sides of the Channel … I know that a ‘push-back’ policy can work”.

“My advice to Ms Patel would be to introduce the ‘push-back’ policy without fanfare, and to keep the French informed on a need-to-know basis only,” he wrote.

“He was a prime architect of Australia’s inhumane immigration policy and his support for push backs recently make him a wholly inappropriate choice to lead this review,” a spokesperson told The Independent.

“Border Force staff need support and resources to do a very difficult job as humanely as possible. That will all be put in jeopardy if they are forced to carry out a potentially illegal and morally reprehensible push-back policy on the instructions of the home secretary.”

The ISU union, which also represents Border Force staff, alleged that Mr Downer was a “clearly political appointment to press a personal agenda on the part of the home secretary”.

Professional officer Lucy Moreton said: “The ISU will act to protect its members’ rights to act only within the confines of law.”

Push backs were “authorised” by Ms Patel last year but have not yet taken place, and are currently subject to a legal challenge brought by the PCS union and Care4Calais charity.

Their claim that the policy is “unlawful, unworkable and morally reprehensible” will be heard by the High Court in May.

Clare Moseley, the founder of Care4Calais, said: “The Australian offshore asylum programme was one of the most reprehensible systems in the world, leading to untold human misery and widespread condemnation.

“That Priti Patel looks forward to Mr Downer’s findings is telling. It is clear that the references to a ‘threat’ at our border refer to Channel migrants, but they are no more a threat than any bus-load of ordinary British people.” 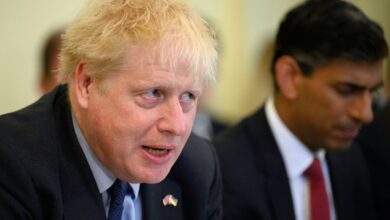 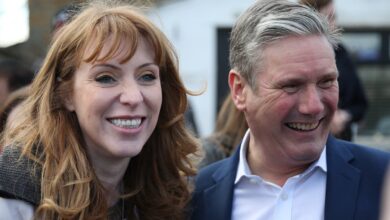