It’s always the quiet ones. Over the past few weeks Channel 4’s unsuspecting Sunday-night schedule has been the place to find the most charmingly revolutionary programme around. A beacon of clay-covered representation that’s head and shoulders above the likes of Love Island’s amorphous churn of pretty little things, The Great Pottery Throw Down is flying in the face of gender norms while its contestants make seemingly innocuous garden gnomes, candlesticks and children’s crockery sets. I am obsessed.

The show debuted in 2015 but was cancelled by the BBC in 2018. Since 2020 Channel 4 have been in charge, elevating it far above your average crafts comp by imbuing it with a low-key progressive agenda that the likes of The Great Interior Design Challenge, The Great British Sewing Bee and The Big Flower Fight lack. Much has already been said about the show’s potter-in-chief, Keith Brymer Jones. A sturdy but affable bloke who looks like he spends his weekend fronting an oi! band or sinking pints with Suggs, Brymer Jones also has a tendency to burst into tears at the sight of a carefully turned vase. But it isn’t simply the vision of a grown man letting it all hang out emotionally that makes The Great Pottery Throw Down such radical viewing. Rather, it’s one of the few reality shows that gives the vast majority of its screentime to women over the age of 50. Here, older women are celebrated for their skill and their craftsmanship, instead of feeling compelled to be raunchy while preparing a scrumptious dinner for six (hello Nigella) or searching for a million-pound house for a young couple who’ve just given up their Netflix subscription (hello Kirstie). Even The Great British Bake Off usually gets rid of anyone over the age of 40 by the time the show gets down to the final few, with last year’s winner, Frank Zappa doppelganger, ​​Giuseppe Dell’Anno, being a notable exception. In Paul Hollywood’s world, the finalists are normally a polished, perky bunch complete with glossy Instagram feeds.

Though the current season of The Great Pottery Throw Down started off with a relatively mixed bag of contestants, of the final five, four are middle-aged women, resplendent in dungarees and Rosie the Riveter-style bandanas, covered in flecks of clay. If any sponsorship deals are to be made for the stars of this particular show, it’ll be Homebase that’s set to come knocking rather than a suspicious fast fashion company that trades in poverty wages and flimsy slip dresses.

Last night’s quarterfinal saw the remaining contestants tasked with making a self-sculpture. This turned out to be a powerful proposition indeed, and not just for Brymer Jones, who trailed the episode on Twitter by calling it “the most emotional I’ve ever experienced”. For a man who’s been known to sob over a well-turned porcelain toilet bowl, that’s saying something. Given six and half hours to create an abstract work of art based on themselves, Christine Cherry, a 57-year-old art youth worker from Preston, created a stunning statue that drew upon her experience of surviving breast cancer in her early thirties.. It featured a hole in the chest to signify a missing breast. When she handed the finished piece over for judging, both Brymer Jones and co-host Rich Miller, embraced her. Everybody wept.

Jenny Cobb, 43, from North Lincolnshire, made a piece about losing a part of her identity to motherhood, while 57-year-old social care facilitator Anna McGurn’s sculpture had its head flung open to the world to represent her openness to new ideas. Meanwhile, the clay portrait as rendered by retired NHS therapist Lucinda Lovesey, 58, embraced thick thighs and a big, lovely bum. Tell me the last time that The Great British Bake Off got this deep. Reader, you simply cannot.

In the challenge, AJ, the youngest contestant of this year’s series at 21, made a chunky, brutalist piece that reflected their groundness. AJ is the show’s first non-binary contestant, and the hosts and fellow contestants make not the tiniest bit of fuss about using their correct pronouns. This unspoken acceptance speaks volumes about the show’s radical nature. Here, visibility is implicit and accomplishments are focussed on above all.

Then there’s technician Rose Schmits, a self-described “Trans Kiln Witch™” and new addition to season five, who fires the contestants’ work and generally offers a helping hand and a soothing word when tensions rise and (literal) cracks appear. Schmits initially applied to be a contestant on the show herself and is an accomplished potter, using ceramic practice to “delve into my identity as a trans woman”. Writing on her website, Schmits explains that she uses the Delftware pottery technique of her native Netherlands “to create pieces that reflect my experiences as a trans person [which] allows me to gain ownership of the struggles of transitioning as well as remember where I came from”.

Though it might have life as a competition, The Great Pottery Throw Down craft is more about expression and emotion than simply making mugs and ashtrays. If that doesn’t warrant a few happy tears, I don’t know what does.

Tags
The Great Pottery Throw Down 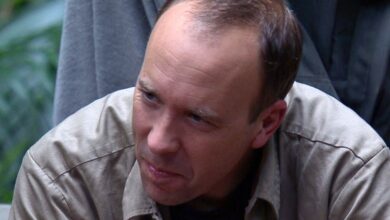 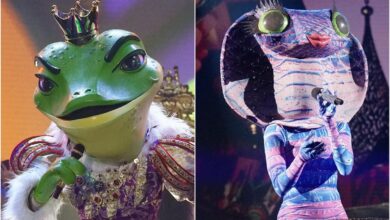 The Masked Singer US: Who are The Prince, Queen Cobra, and Space Bunny? Here’s what we know 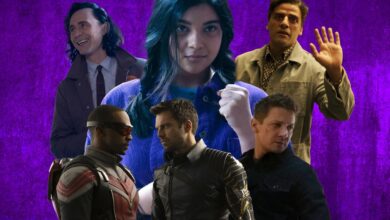