One minute you’re giving lectures for 10 to 20 people and the next, talking to an audience of an estimated 11 million.

Such, anyway, was the case for Andrew Dessler, a climate scientist and professor of Atmospheric Sciences at Texas A&M University, when he was invited to appear on Joe Rogan’s wildly popular podcast on Wednesday.

Dr Dessler, who has a PhD in chemistry from Harvard and has worked for Nasa, said that there wasn’t much time to ponder whether to appear on The Joe Rogan Experience, which has been the source of recent misinformation controversies over Covid-19 and climate change.

“[Joe Rogan] asked me on Sunday afternoon,” Dr Dessler toldThe Independent. “If he’d asked longer in advance, I might not have done it but the timeline was so short, I agreed before I thought about it.”

He added: “He’s very controversial, I understand that. But his audience is too large, and it was too good of an opportunity to try to get the message out about climate change. I viewed that as being the most important factor.”

In a typically lengthy episode – lasting two hours, 12 minutes – the scientist and Rogan had a wide-ranging discussion on climate change which jumped from plummeting costs of renewable energy to deadly air pollution from fossil fuels, and the efficacy of debating scientific facts.

Dr Dessler said that he was happy with the interview overall but called it one of the “most challenging” he had ever done.

“In any two-hour interview, you’re going to say things that you regret later. I shouldn’t have brought up cryptocurrency – that was a mistake,” he noted. (Dr Dessler had pointed out that cryptocurrency mining is an energy intensive process, among other remarks, which has provoked the ire of the very vocal Twitter crypto community.)

He continued: “That said, I’m cautiously optimistic that I got the message out, and that people will hear it and understand how solid climate science is, how good renewable energy is, and how bad fossil fuels are.

“And, that this is a problem we can solve – that’s really the message. It’s not a scientific or technical problem. It’s a political problem.”

Rogan has aired several episodes with guests discussing climate change since the start of the year. By some metrics, his show gets 11 million downloads per episode.

In January, Dr Jordan Peterson, a clinical psychiatrist and author who is not a climate scientist, used the platform to claim that climate science has no basis in reality, and that solar power kills more people than nuclear.

Last week, Rogan’s guest was Dr Steven Koonin, a physicist and former chief scientist for BP who served in the Obama administration. His book, Unsettled, argues the consensus on climate change is less clear than commonly thought. A review by Scientific American described the book as “making distracting, irrelevant, misguided, misleading and unqualified statements about supposed uncertainties that he thinks scientists have buried under the rug”.

(Last year a review of 90,000 academic papers on climate change found that 99.9 per cent of scientists were in agreement that humans were causing the crisis, a level of scientific certainty on par with evolution.)

At the heart of the furore is Rogan, a stand-up comedian and UFC commentator, with the platform’s most popular show. Spotify paid a reported $200m for its exclusive rights, according to The New York Times.

The rock star Neil Young was the first of several high-profile musicians who asked Spotify to remove his song catalogue due to repeated Covid misinformation on Rogan’s podcast. Singer-songwriter India.Arie asked for her music to be removed due to Rogan’s “problematic language around race”.

Spotify has said that it is committed to free speech but also removed past episodes of Rogan’s show. The company’s content guidelines have also been made public, and “content advisories” would be added to Covid episodes.

On Thursday, Rogan posted to Instagram: “2 perspectives on climate change. Steven Koonin, physicist, who wrote the book “unsettled” and Andrew Dessler climate scientist and Professor of Atmospheric Sciences at Texas A&M University. Both had a completely different perspective.” 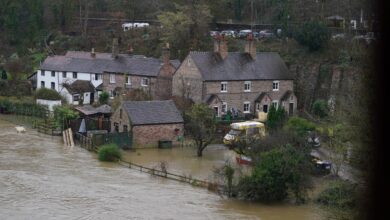 Climate scientist on hunger strike ‘after being refused bail’ 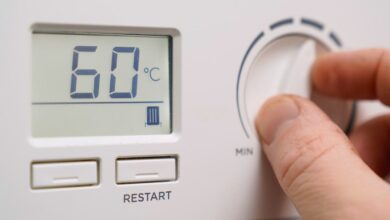