A woman who alleges her partner raped and abused her was rushed to hospital after she was forced to face her ex in court.

Charlotte Proudman, an award-winning human rights lawyer who represented the woman, said she was not just “gaslit, abused and traumatised” by her ex-partner but also by the process of going through the family courts to seek justice.

Dr Proudman won an appeal against the woman’s treatment, with Mr Justice Peel, a High Court judge, ruling in December the trial’s original findings no longer stand up.

Justice Peel ruled there must be a new trial because the original judge did not conduct the court case properly – arguing “at times the judge appears to have minimised the seriousness of the sexual abuse allegations”.

Speaking about the case Ms Proudman explained her client, who cannot be named, accused her partner of rape, domestic abuse and coercive control.

“This is totally contrary to the law, special measures should be in place for domestic abuse and rape cases. They should be used in every single case where rape, domestic abuse and coercive control is alleged – it should happen automatically so they don’t see each other.

“She was a really vulnerable victim who was really scared of the court process. It is partly the fault of the judge in not recognising this vulnerable complainant needed special measures.”

Dr Proudman noted the original trial judge said her client appeared pre-prepared and “dissociated” but the lawyer warned these are common symptoms of trauma – with the situation compounded by the fact she was having to look at her alleged perpetrator.

“She said she was struggling to breathe at the end of evidence so was submitted to hospital and listened to evidence from the hospital bed,” the barrister added. “They should have adjourned the case so she could have recovered physically and psychologically to go through the case in future.”

Justice Peel’s High Court judgement said: “GK [the woman] gave her evidence on the first day by videolink, not as a special measure but because she was shielding. Later that day, and after she had given her evidence, she became unwell, and was admitted to hospital for an episode of diabetic ketoacidosis.”

Dr Proudman noted the GP of the woman she represented, who injects insulin for her diabetes, said her anxiety conditions resurfaced as a direct consequence of having to give evidence, but in spite of her distress the judge went through the evidence.

The barrister criticised the original trial judge for considering comments the man is alleged to have subjected his partner to as “unkind things” and simply a “matrimonial row”. She alleges his abuse of her included words such as “dirty”, “fat”, “a tramp”, “f**king stupid”, “worthless”, “fat b**ch”, “f**king die”, “I f**king hate you”, “I will f**king drown you in court” and “Not even your f**king dad wants you”.

Justice Peel took issue with the judge’s stance in his judgement, saying: “I tend to the view that the judge was underplaying the significance of such words.

“At any level, they are cruel and undermining, but in the context of the various other behaviours identified by GK [the woman] could clearly constitute controlling and coercive conduct.”

Dr Proudman argued her client’s experience is “a glaring example of failures in the family court” as she warned the woman was massively frightened by the court process.

“It is misogyny systemic in the system,” Dr Proudman added. “There is a lack of understanding about how rape, domestic abuse and coercive control affects victims. Judges need thorough training in the dynamics of domestic abuse, rape, control and trauma – it is a really complex issue.”

A major government review into the family courts released in June 2020 found domestic abuse victims were being “ignored, dismissed or disbelieved” – with the government pledging an overhaul.

Between two and three women are murdered each week by their partners or ex-partners in England and Wales. While one in four women will suffer domestic abuse at some point during their lives – with domestic abuse having a higher rate of repeat victimisation than any other crime.

Bird flu outbreak on Farne Islands ‘could kill up to 50,000 birds’ 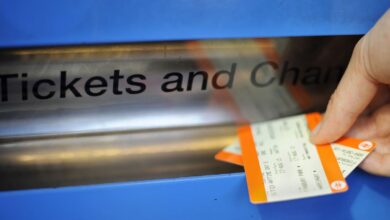