Woody Harrelson has shared a bizarre experience he had with Michael J Fox in the 1980s.

Harrelson was invited to the 2022 Governors Awards to present the Back to the Future actor with the Jean Hersholt Humanitarian Award on Saturday (19 November).

Ahead of Fox’s arrival on stage, Harrelson revealed that, on a night out in 1989, him and Fox, both 61, ended up drinking cobra blood together.

The Cheers actor explained how they had come across a child who was putting on a fight between a cobra and a mongoose, stating: “He taunted a bunch of these cobras and then he found the orneriest cobra, grabbed it by the neck, threw it in a cage with mongoose, where I saw the craziest fight I’ve ever seen between any animals other than studio executives.”

According to Harrelson, “the mongoose won”, and the kid “took the snake, tied it by its tail, wrung the blood out, half-filled four glasses with cobra blood and half with Thai whiskey”.

He said that the pair knocked the drink back as “drinking the cobra blood is called ‘becoming brother to the snake.’”

While Harrelson kept his down, he said that Fox, who was diagnosed with Parkinson’s Disease just two years later, “promptly vomited his snake cocktail”. He quipped: “Never could hold his cobra blood.”

Later, when Fox was intorduced to the stage, he said: “I love you. We did some damage in the Eighties.”

Harrelson also praised Fox for tuning his “chilling diagnosis into a courageous mission”, referncing Fox’s foundation, which has raised more than $1bn for a Parkinson’s cure.

The actor said: “He never asked for the role of Parkinson’s advocate, but it is his best performance. Michael J Fox sets the ultimate example of how to fight and how to live.” 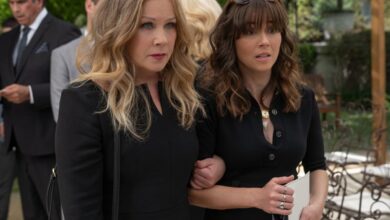 Clea DuVall: ‘I came out at 16, but until I was in my thirties I was just kind of surviving’

‘I had no idea’: Jeremy Paxman’s doctor noticed presenter’s Parkinson’s on University Challenge 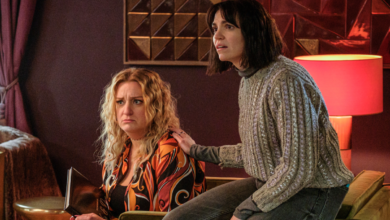 Am I Being Unreasonable? review: Daisy May Cooper is flawless in her first follow-up to This Country