Prince Charles has delivered a touching speech for his mother’s 70 years of service to the country.

Standing alongside the Duchess of Cornwall, Charles asked the crowd to cheer loudly enough for the Queen to hear 20 miles away in Windsor.

Heir to throne Charles, told how the Queen had laughed and cried along with the country through the decades, as he hailed her “lifetime of selfless service”.

The future king, who was joined by his wife the Duchess of Cornwall, said, addressing the absent monarch, who remains head of state at the age of 96 despite her mobility problems: “You pledged to serve your whole life – you continue to deliver.”

In a touching moment, Charles spoke of his “much missed” late father the Duke of Edinburgh, calling him “My Papa” and saying the Queen’s late husband Philip was there “in spirit”.

The prince, who began his heartfelt speech with “Your Majesty, Mummy” just as he did at the Diamond and Golden Jubilee pop concerts, told the Queen: “You have been with us in our difficult times.

“And you bring us together to celebrate moments of pride, joy and happiness.”

He added: “You have met us and talked with us. You laugh and cry with us and, most importantly, you have been there for us, for these 70 years.

“You pledged to serve your whole life – you continue to deliver. That is why we are here. That is what we celebrate tonight.”

He reflected on the Queen’s every-growing family, which now stretches to 12 great-grandchildren, and on her dual role as sovereign and royal matriarch.

“Your family now spans four generations. You are our Head of State. And you are also our mother,” he said.

He also referenced difficult times that the country has recently faced with a picture of the Queen’s “We will meet again” speech to the nation during the coronavirus pandemic, and celebratory occasions with the Queen presenting England captain Bobby Moore with the World Cup trophy in 1966.

The prince’s biggest tribute was paid to the Queen’s pledge to serve her whole life, with photos and video of the monarch over the years meeting people around the UK and around the world.

“These pictures on your house are the story of your life – and ours. So, Your Majesty, that is why we all say ‘thank you’,” he said.

It was the public, Charles said, who inspired the Queen to keep going.

“I know what really gets my mother up in the morning is all of you – watching at home,” he said.

The prince declared: “The outpouring of warmth and affection over this whole Jubilee weekend – is our way of saying thank you – from your family, the country, the Commonwealth, in fact the whole world.

“On behalf of us all, I wanted to pay my own tribute to your lifetime of selfless service.” 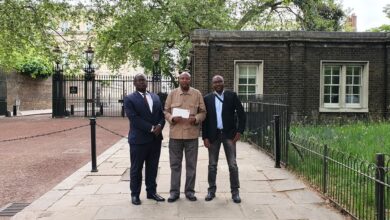 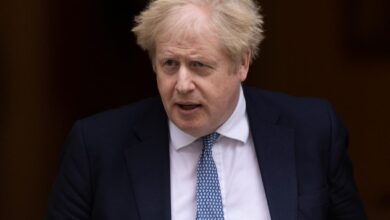