The leader of young Conservatives Network has apologised for his “ill-conceived” comments about Birmingham after he described the city “a dump”.

In a furious response, Andy Street, the Tory mayor of the West Midlands, told Grainger to “grow up” – urging him to leave the city and reflect on his remarks.

“Off you pop then, and take anyone with the same views with you,” said Mr Street. “Try and take some time to grow up and understand just why this city is so special whilst you’re gone.”

Mr Grainger apologised and deleted the post – which had simply read “Birmingham is a dump” – claiming that he had been the victim of a mugging attempt earlier on Saturday.

In a later tweet, the young Tory chief wrote: “My tweet in relation to Birmingham was not about the city or its people. I’ve always enjoyed my visits to your city, but this morning I was greeted by an individual who threatened me with a mugging.”

He added: “I was angry and tweeted without thinking, I apologise for any offence caused. I’d also like to directly apologise to [Andy Street], the [Conservatives] and other representatives of Birmingham for my ill-conceived comments.”

Keen to distance himself from the original tweet, the Tory mayor of West Midlands added: “I may be a Conservative, but I’m also a bloody proud Brummie. I won’t have anyone who’s never lived or breathed this place trying to put us down.”

Labour MP for Birmingham Yardley Jess Phillips was among the many who poured scorn on the sentiment of the initial tweet. “I see the Tories doing their best to endear themselves,” she said.

The pre-conference row comes against a backdrop of wider divisions emerging within the Tory party, after chancellor Kwasi Kwarteng’s mini-budget kicked off a week of market turmoil.

In an article for the Daily Telegraph, Mr Kwarteng claimed he will be setting out a “credible plan” to get the public finances back on track with a “commitment to spending discipline”.

Liz Truss vowed that she and government would carry on with their borrowing-fuelled tax cutting spree. But she claimed that she will keep “an iron grip” on the national finances.

The economic plan has come under attack from prominent Tory MPs who are dismayed by the damage done to the party’s electoral chances – with one poll showing Labour had an astonishing 33-point lead. 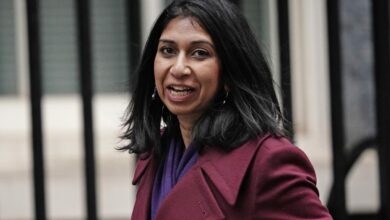 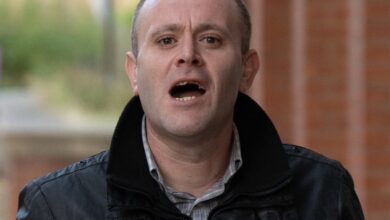