Tensions between Russia and the West escalated dramatically over Ukraine on Monday, with Vladimir Putin taking steps that many in Washington saw as the groundwork for a military invasion of the country of 40 million, TURAN’s U.S. correspondent reports.

The move came as the Biden administration and its allies have been hoping to pursue a diplomatic off-ramp, as the Whihe House and the Kremlin had agreed “in principle” for a summit, with a condition by the U.S. that it would take place only if Russia commits to not invading Ukraine.

However the window appeared to close by Monday night when Putin signed decrees recognizing as independent the so-called Donetsk and Luhansk “Republics”.

“We are always ready for diplomacy. We are also ready to impose swift and severe consequences should Russia instead choose war… And currently, Russia appears to be continuing preparations for a full-scale assault on Ukraine very soon,” White House Press Secretary Jen Psaki said in a statement.

“… [C]ertainly can’t commit to a [Presidential] meeting that has as a predicate that Russia won’t take military action when it looks as imminently like they will,” another Senior Administration Official told reporters during a Monday evening call.

Following Putin’s actions, President Biden signed an executive order that prohibits new investment, trade and financing by people to, from, or within the separatist regions. It also gives Biden the power to “impose sanctions on any person determined to operate in” the so-called Donetsk and Luhansk people’s republics.

“To be clear: these measures are separate from and would be in addition to the swift and severe economic measures we have been preparing in coordination with Allies and partners should Russia further invade Ukraine,” White House said. “”We are continuing to closely consult with Allies and partners, including Ukraine, on next steps and on Russia’s ongoing escalation along the border with Ukraine.”

Speaking during an emergency session of the U.N. Security Council Monday night, Linda Thomas-Greenfield, the U.S. ambassador to the U.N. said that Putin “is testing our international system” and “seeing how far he can push us all.”

Putin, she reminded, has announced that “he will place Russian troops in these regions. He calls them peacekeepers. This is nonsense. We know what they really are. In doing so, he has put before the world a choice. We must meet the moment, and we must not look away.”

“The consequences of Russia’s actions will be dire – across Ukraine, across Europe, and across the globe,” she said.

Referring to Putin’s recent allegations, the ambassador said his words amounted to a “series of outrageous, false claims” that were aimed at “creating a pretext for war.”  Putin wants to travel back to a time when empires ruled the world. This is not 1919,” she added.

How the ‘Libs of TikTok’ exposé has divided the internet 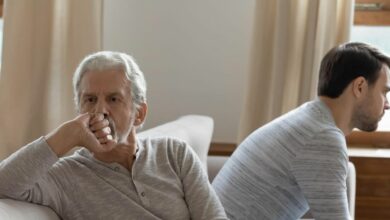 Stepdad rows with engaged stepson after he harassed a woman 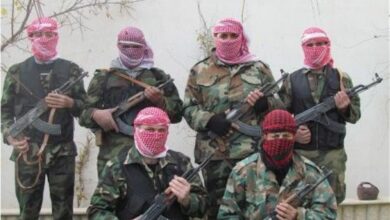