A-level results have dropped from last year – but are still higher than the last time students took exams.

Hundreds of thousands of pupils are finding out their marks in England, Wales and Northern Ireland on Thursday.

These pupils were the first to take A-level exams again after formal tests were cancelled for two years in a row during the Covid pandemic.

The overall pass rate has fallen to 98.4 per cent this year from 99.5 per cent in 2021, when grades were awarded by teachers.

But it has risen from the last time students sat A-level exams in 2019, when the proportion of entries awared A* to E grades was 97.6 per cent.

But again, this is a rise when compared to the previous exam-sitting year, when 25.4 per cent of grades received the top marks.

The education secretary had warned students their grades may be lower than hoped or expected, as efforts to curb grade inflation came into force.

Exam boards had been told to make grades lower than last year – when a record number of pupils got A grades or above – but still higher than before the Covid pandemic.

“As intended, these results are higher than the last set of summer exams in 2019, but lower than last year’s teacher-assessed grades,” Kath Thomas from the JCQ said.

“This reflects the special arrangements that were put in place to support students, schools and colleges through another challenging year due to Covid.”

Dr Jo Saxton, the head of England’s exam regulator, said she “felt strongly that it would not have been right” to return to pre-pandemic grading levels in one go – but that there needed to movement “back to normality”. 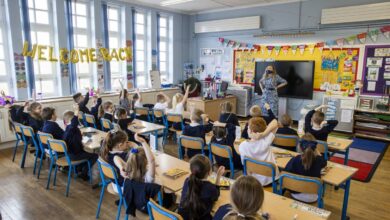 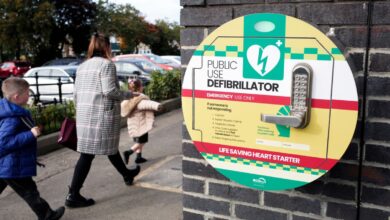 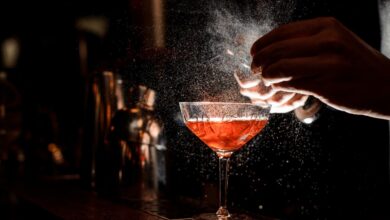 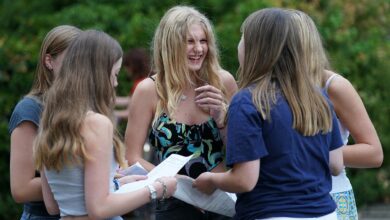 Help with exams should remain next year, unions say