Offenders caught repeatedly carrying knives are not being jailed in almost half of cases, despite the government’s attempt at a “two-strike” rule for prison sentences.

Official figures show that in 2021-22, 2,400 of the around 4,200 people convicted under a 2015 law mandating minimum sentences for those caught with a weapon twice were jailed, while the remainder were given suspended sentences, community orders, fines or discharges.

It comes amid concern over a spate of violent killings, including the stabbing of an 87-year-old man in London and another fatal knife attack near busy Oxford Street.

Steve Reed, the shadow justice secretary, said: “These troubling figures just reinforce that the Conservatives are letting knife criminals off and letting victims down.

“They have already broken their promise to lock up repeat knife offenders – this is yet more evidence that they are soft on knife crime.”

When the “two-strikes” law for knife possession came into force, the government said it would “make sure knife offenders are properly punished and keep more off the streets for longer, making our communities safer”.

“We are sending out the strongest message to offenders – repeatedly take a knife onto our streets and expect to go to prison,” a statement added in July 2015.

Sentences are decided by judges and magistrates on the facts of each case, and the law says that minimum prison sentences can be bypassed if they would be “unjust in all the circumstances”.

Figures released by the Ministry of Justice on Thursday showed that 30 per cent of convictions for possessing an offensive weapon or making threats with a knife resulted in imprisonment in 2021-21, the lowest proportion since 2014.

The number of knife possession offences dealt with rose from 12,100 to 13,000, while the possession of other offensive weapons also rose. Offences of making threats with a knife or weapon fell.

Knife crime charities and groups have said that some young people carry a knife for their own protection and that many of those who later become involved in violence have also been victims.

Lynne Perry MBE, the chief executive of Barnardo’s, said: “Yet another rise in the number of knife and offensive weapon offences is incredibly concerning. Behind these figures are young people who are being criminally exploited, and who have suffered as a result of knife crime.

“Too often vulnerable young people are missing out on support and in some cases they are being treated as criminals.”

The charity is calling for the next prime minister to legally define child criminal exploitation, to make it easier for police and authorities to support victims being forced into gang crime.

The youth charity Redthread said that knife offences remained lower than the levels seen before the Covid pandemic but were still a “concerning picture”.

Chief executive Tracey Burley added: “Statistics from the most recent quarter show that over a fifth of offenders dealt with by the criminal justice system were aged between 10 and 17.

“We’re calling for the new prime minister to commit to working with children and young people who have been both victims and perpetrators of violence. We need balance between safeguarding, support and justice. Let’s stop the cycle.”

Six alleged murders have been reported in London in less than a week, including the stabbing of 87-year-old Thomas O’Halloran in Greenford, west London, on Tuesday.

On Saturday, 25-year-old Kacey Boothe was shot in Walthamstow, north London, and the next day Stephen Goodman, 60 was found dead in Dagenham, east London. 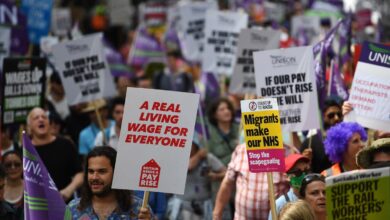 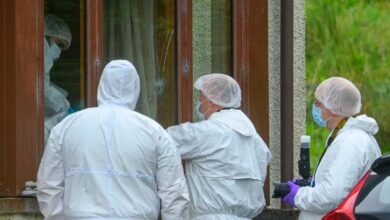 Isle of Skye shootings: Man charged after one dead and three injured in Scottish Highlands

Cost of living – live: Liz Truss told her gas plan ‘is not the answer’ to bills crisis 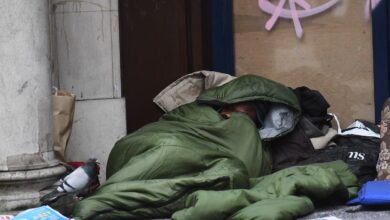