A&E waits are now “apocalyptic” and “worse than ever imagined” leaked NHS data shows, and could be driving 1,000 patient deaths a month, The Independent can reveal.

The “hidden” monthly trolley waits, not published in national data, have more than doubled this year in comparison to 2019.

Dr Katherine Henderson, President of the Royal College of Emergency Medicine, warned data shows trolley waits are “worse than ever imagined” and said it is “scandalous” the real figures are not published despite promises.

Dr Henderson warned the deterioration in A&E waiting times is the result of “decades of underfunding” and “unheeded warnings” over staffing and social care.

The NHS has been collecting data on 12 hour waits measured from the moment a patient arrives in A&E. This data, as previously uncovered by The Independent, is far higher than the official figures published by the NHS each month, which only measure the time waited after a decision to admit a patient is made.

Despite the increase in long waits the number of people attending A&Es each month is broadly similar to 2019 at 1.7 million, suggesting the waits are not driven by an increase in attendances to major A&Es.

Statistician Dr Steve Black, who published a report on morality rates in A&amp;E earlier this year, said based on the number of waits uncovered by The Independent, around 1,000 additional patients a month may be dying emergency departments over long waits.

Feryal Clark MP, Labour shadow Minister for Primary Care and Patient Safety, said: “No one should be in any doubt that after 12 years of Tory mismanagement, our NHS is in crisis and lives are being put at risk. Liz Truss and Rishi Sunak are desperate to distance themselves from this damning record, but the fact is that their fingerprints are all over it.”

In December 2021, Christine Boone from Lincolnshire told The Independent her mother Beryl Sanders, who is blind, was forced to wait 10 hours for an ambulance in “agony”, three hours outside of A&E and then once in the department waited a further 20 hours in a “noisy” cubicle.

Ms Boone said: “She’s very sensitive to noise so it was like being in hell on earth for her…doctor called me in and said we can’t find a bed for her, but we have to admit her because she can’t move. She’s in so much pain. Then when I got there, mum was on her own. There wasn’t enough staff in A&E department and I had to feed her a sandwich and a cup of tea. I had to alert somebody to try and get a bedpan.”

During her wait alone in A&E items from her mother’s bag had been stolen, Ms Boone said.

Long waits usually experienced in winter are now occurring throughout the year, with one 31 year old, Katie Stones, from Hereford also describing a wait of 20 hours for a bed after being taken to hospital in April.

She said: “The staff are doing their absolute best for the patients but they’re frustrated that their best isn’t what they would want to provide…how many more patients have to die, how many more staff have to leave?”

Dr Katherine Henderson, president of the Royal College of Emergency Medicine said: “We have long known that the actual number of patients staying in emergency departments for over 12 hours have been hidden but these figures are worse than anyone could have imagined.

“These figures represent real people, real lives; lives being put at risk. While the pandemic will have had an impact, this is the consequence of years of unheeded warnings about the lack of beds, staff and social care available. A decade of underfunding is behind this, and the NHS is struggling to catch up.”

Although NHS England collects data through multiple routes on the time waited by patients after they arrive in A&E it has yet to publish any figures. 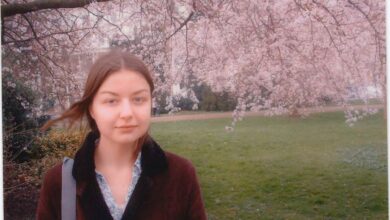 ‘Single biggest threat to patients’: 200,000 harmed by ambulance delays so far this year 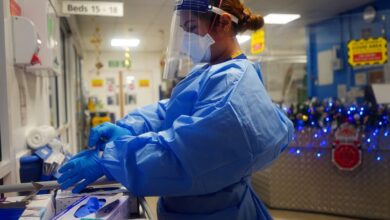