They go together / Like ramma lamma lamma ka dinga da dinga dong – or at least they did. The discord between the Brothers Windsor has been gossip fodder for years, and these days it seems that the only time we see William and Harry in the same space is at family funerals.

This week proved no different. On Thursday the Queen died, and a couple of days later the crowds waiting outside Windsor were treated to a rare event: the Prince and Princess of Wales and the Duke and Duchess of Sussex showing some family unity in the wake of the death of their grandmother.

In a week when the nation has experienced the death of the longest-ruling monarch in its history, the immediate shift to King Charles III and the introduction of a new prime minister (for whom the vast majority of the British public did not vote), perhaps the news of the four-minute public outing by William and Harry was seen by some as a glimmer of hope in an otherwise gloom-filled landscape. A fleeting respite from the sense of insecurity and instability felt by so many across the UK.

The response in certain sections of the press to the brothers’ outing was rapturous. “The Fab Four are back!” some rejoiced. “Brothers reunited!” others exclaimed. Really? Is this such a big deal? Surely we all get what’s going on here.

The average family may not have much in common with the House of Windsor, a dynasty of unimaginable wealth and privilege, but what we all share is the experience of loss and grief. Death is a part of life for all of us, it’s part of the human condition. We might not know much about the inner workings of the royal family, their feelings, grievances and feuds – no matter how frequently the press reports on them – but most of us are well acquainted with the familial politics that accompany death.

Many of us have had the misfortune of attending an awkward family funeral while estranged siblings try to maintain a veneer of civility out of respect for the deceased. Some of us may even have witnessed a family argument or fight at funerals – a time when people who can usually ignore each other at a safe distance must come together for an occasion where emotions are already raw and close to the surface.

To keep up to speed with all the latest opinions and comment, sign up to our free weekly Voices Dispatches newsletter by clicking her

William and Harry aren’t able to slug it out after a few too many pints. There’ll be no scrap in the pub car park for them. No one will be pulling them apart to cries of “just leave it! He’s not worth it!” They’ve got the eyes of the world and the weight of protocol on them and, therefore, they must behave accordingly.

Strip away the titles and legacy, and William and Harry are just people. They are only human like the rest of us. Why should we add our own expectations regarding their personal relationship with one another to the already heavy burden of their loss? Does it really matter if they’ve fallen out? Would their reunion – or estrangement – do anything to address the most pressing issues of our time? Not really. So why does it matter so much?

If there’s one thing we can all understand, it’s the pain and complexity of grief and the myriad ways it brings families together and pushes them apart. Perhaps the siblings are just following in the footsteps of their grandmother and continuing with their duties – no matter what the circumstances. 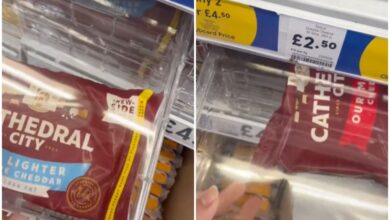 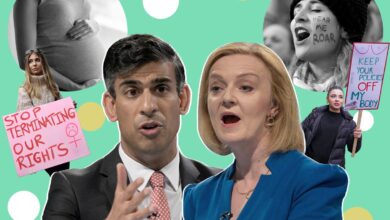 Liz Truss vs Rishi Sunak: Where do they stand on women’s issues? 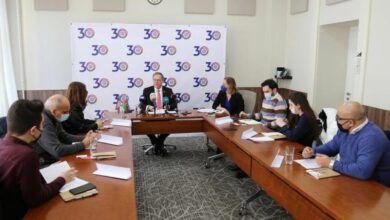 Southern Gas Corridor Needs to be Expanded – US AmbassadorPolitics