Asylum seekers in the UK are already planning to go into hiding over fears that they may be deported to Rwanda under Home Office plans.

Charities have reported that people seeking refuge are disappearing from hotels and are growing reluctant to claim support for fear or removal detention since Boris Johnson announced plans to ship tens of thousands of asylum seekers to East Africa.

In one case, a Rwandan asylum seeker supported by the British Red Cross disclosed that he would go into hiding and abstain from accessing support for fear that he could be deported back to the country from which he fled.

Ministers are being warned that these fears are putting vulnerable people at even greater risk of poverty and exploitation, as well as having an impact on their mental health, with reports of young people who have been self-harming.

Others supported by the charity include:

• An Afghan service user living in temporary accommodation supplied by the Home Office in the East Midlands disclosed that he had gone into hiding, fearing that he would be detained and sent to Rwanda. He disclosed that many of his friends were in the same situation and planned to go underground so they are not detained.

• An asylum seeker from Ethiopia based in the West Midlands has said that he feels anxious about the passing of the Nationality and Border’s Act and disclosed he had left his accommodation out of fear that he will be sent to Rwanda.

• An Afghan asylum seeker also based in the West Midlands said he feels he is a second-class refugee as he is not eligible for recent schemes designed to support Ukrainians. The Red Cross has been providing advice and information to this person relating to his asylum application, and accessing services in the UK.

Enver Solomon, chief executive at the Refugee Council, said his charity had also received a number of “worrying” reports from its services working directly with people in the asylum system about the “devastating impact” the threat being expelled to Rwanda is having on them.

“We are hearing tragic stories about the severe impact on mental health, including young, vulnerable children who are terrified what will happen to them with reports of self-harm,” he added.

It comes after the Home Office admitted that LGBT refugees who are deported to Rwanda could be persecuted on the basis of their sexual orientation – but still plans to send them there.

Government documents published on Monday also revealed that serious shortcomings in the Rwandan asylum system – which those deported from Britain will enter into – with some individuals forced to wait years for a decision in the country and two thirds ultimately rejected.

Mike Adamson, chief executive at the British Red Cross said that as a result of the recent announcement to remove people to Rwanda on a one-way ticket, people had told the charity they felt less safe and less welcome in the UK.

“It’s therefore unsurprising that people’s psychological safety and sense that they are welcome has been eroded, and that people considering going underground leaving themselves without formal support and in very vulnerable positions,” he added.

“We are urging authorities to change tack and instead address fundamental issues within the asylum system by creating more safe routes, improving asylum decisions and making sure people live in dignity with the support they need.”

The Refugee Council and the British Red Cross say the focus on trying to remove people to Rwanda will do nothing to speed up asylum decision making, with many people now having to wait for longer than a year before they get a decision.

They also point to measures in the new Nationality and Borders Act, such as the limiting of family reunion rights and shorter periods of leave for some, as likely drivers of feelings of insecurity.

A Home Office spokesperson said: “Asylum seekers have access to health and social care services from the point of arrival in the UK. We take every step to prevent self-harm or suicide, including a dedicated team responsible for identifying vulnerable asylum seekers and providing tailored support.”

“However Britain’s asylum system is broken, as criminals exploit vulnerable people through illegal smuggling routes at a huge cost to the taxpayer. Under our world leading migration partnership with Rwanda, a fundamentally safe and secure country, illegal migrants will be relocated to Rwanda to have their claims for asylum considered- helping to break the people trafficking business and save lives.” 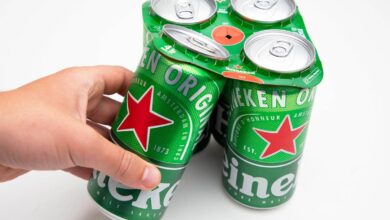 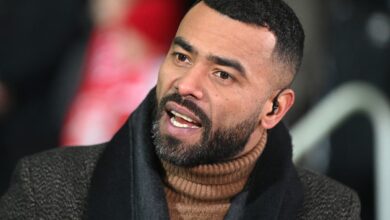 Ashley Cole: Robber who broke into footballer’s home sentenced to 30 years in prison 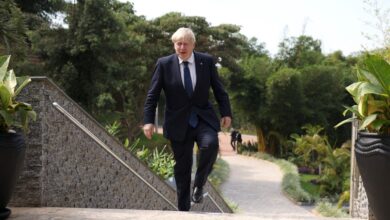