It is difficult to see anyone emerging from the Partygate affair with even a shred of honour.

The Metropolitan Police, for example, after dragging its heels over investigating the breach of public health laws, assigned 12 officers to the case and reviewed hundreds of documents, photographs and CCTV evidence. The cost approached half a million pounds. Some 126 fixed penalty notices were issued, which makes Downing Street the hottest of lockdown party hotspots.

The effort was worth it, given that the integrity of public health regulations is at stake, yet the prime minister mysteriously escaped with only one fine – and that from what appears to be one of his less egregious alleged breaches of the laws he designed and implored others to follow. Fixed penalty notices seem to have been issued for events the prime minister attended, or “participated in”, yet he seems to have slipped under the radar. It may be that he got away with it on the basis of technicalities. It does not feel like justice has been done on an equitable basis.

The NHS is in crisis – even the Conservatives admit it now

Liz Truss’s hard stance against China is unrealistic – and naive 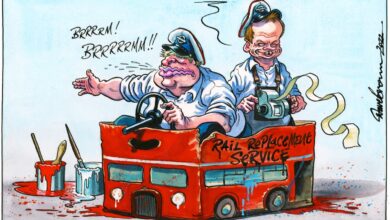 Stagflation, strikes, travel chaos: The UK must prepare for dark days ahead