Brooklyn Beckham fans have accused the aspiring chef of “trolling” after he shared his recipe for a classic gin and tonic.

Beckham, 23, the son of David and Victoria Beckham, showed fans how to make the cocktail in a new video for Bustle, in which he began by claiming that he is “very experimental” and loves “trying to make new drinks,” and “trying new recipes”.

However, Beckham, who described himself as a “nutter in the kitchen,” then proceeded to share how to make two of his “favourite” cocktails, a lychee martini and a gin and tonic, with the latter similar to most recipes you’d find for the cocktail.

According to the 23 year old former wildlife photographer, to create a gin and tonic, he uses Monkey 47 Gin, lime, cucumber, rosemary, mint, tonic water, and ice.

“Bloody amazing,” Beckham declared after listing off the ingredients used in the recipe. He then proceeded to show step-by-step how to make the drink, with Beckham pouring “about that much” gin into a glass before cutting the limes into thin slices. “Fresh lime juice is always the best,” he explained.

After he squeezed lime juice into the drink, Beckham added slices of cucumber and “quite a lot of mint”. However, he noted that the mint is only added after you give it a “quick squeeze, just so it gets all the smells out”.

Beckham then added a sprig of rosemary and lots of ice, as he explained that he likes his drinks “really cold”.

“And then you get tonic water, give it a quick stir,” Beckham continued, before taking a sip of the cocktail and declaring it “really good”. “That’s like a forest drink. There’s so many different greens and stuff in there. Very happy with it,” he added.

The drink recipe has sparked amusement among viewers of the video, with many noting that the gin and tonic recipe shared by Beckham is the same as most recipes for the cocktail.

According to someone else, they are “utterly obsessed” with Beckham referring to himself as a “nutter” in the kitchen and then making a typical gin and tonic.

“I am obsessed, I mean utterly obsessed, with Brooklyn Beckham calling himself ‘a nutter in the kitchen’ and then making a gin and tonic with none other than cucumber AND lime ladies and gentlemen!” they wrote. “It brings me so much joy, I love this nepo baby energy so much.”

Another person claimed that Beckham must be “trolling” with the drink recipe. “Brooklyn Beckham ‘absolute nutter’ experimental extraordinaire making a …gin and tonic!? He’s got to be trolling us seriously?” they asked.

Others were amused by the measurements in the recipe, with one person noting that Beckham is unintentionally funnier than most comedians.

“‘I use this much gin’… ‘I use this much ice’… ‘It’s like a……forest drink’. Give the lad his dues, he’s funnier than 90 per cent of all the comedians I’ve seen in the last few months. He should do a whole series of videos showing people how to paint,  code, speak Japanese, anything,” they wrote.

Another viewer joked that they’d “never seen such an experimental cocktail!!”. “Mind blowing!” they added.

During the video, Beckham, who noted that he was behind the bar at the Cat and Fiddle, one of his “favourite pubs in LA,”  revealed that he has found himself at home in the kitchen more since his wedding to Nicola Peltz in August 2022.

“I used to love going to the pubs with my friends, but obviously now that I’m married and have my best friend with me all of the time, our favourite night is to stay in. I cook and make drinks. That’s our favourite night,” he said during the video.

The drink recipe comes after Beckham, who has attempted a number of hobbies, including a cooking show, suggested that his soccer career was unsuccessful because he is a Pisces and “sensitive”. The 23 year old  walked away from the Arsenal Football Club Academy when he was 15. 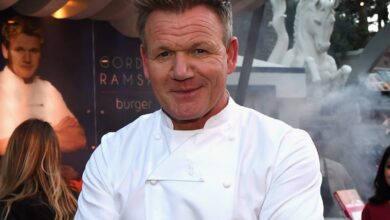 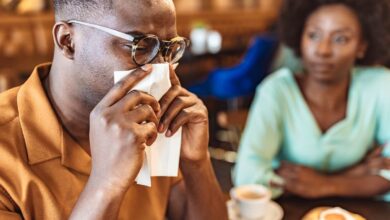 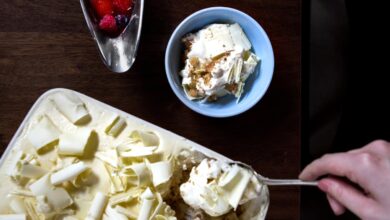 This is how professional chefs make cheesecake