It was meant as a taunt. “Erling Haaland, he’s scored more than you,” the Manchester City fans chorused at Molineux on Saturday. It would have felt crueller to point out that Aleksandar Mitrovic had scored twice as many goals as Wolverhampton Wanderers, that Ivan Toney, Rodrigo, Alexis Mac Allister and Wilfried Zaha have all scored more. Or, indeed, to note that every top-flight team except West Ham has.

Some of the more damning statistics may not fit easily into a chant. Kevin de Bruyne was the joint top scorer at Molineux in the Premier League last season. Since 3 April, City have scored twice as many league goals at Wolves’ historic home as Wolves themselves. On Saturday, the ersatz striker who started was Daniel Podence, whose 226 career league games have yielded just 29 goals. It works out at one every 7.79, though his ratio for Wolves, one per 8.25, is still worse.

The worrying part for Wolves is not that they failed to score against City on Saturday, especially as they played for an hour with 10 men.

It is that they don’t score against anyone else either: they average under a goal a game in Bruno Lage’s reign, just as they did in Nuno Espirito Santo’s final season. They seem to have acquired a unique distinction as the most technically-accomplished, non-scoring side in football.

It is in part a tale of misfortune, part one of quixotic recruitment, but Wolves’ enduring impotence is starting to feel a conundrum Lage cannot solve.

He arrived with a reputation as a manager whose Benfica were so attacking they scored 103 league goals in a season, inherited a defensive team and, for much of his debut year, made them one of Europe’s most frugal sides. He exiled Conor Coady to change shape, remove a centre-back and try and render Wolves more progressive.

Only a few parts of the plan are working. Wolves had the third-fewest shots and the second-lowest expected goals last season. Now they stand seventh for shots, but only two clubs have fewer attempts on target. Their expected goals is the fourth-lowest, but still more than double their actual goal tally. Their chance conversion rate, with a mere three from 82 shots, is a measly 3.6 percent.

And if it indicates the way a disproportionate number (38) of their attempts come from long range – otherwise known as Ruben Neves territory – there are too few clear-cut chances. Which, as their seven opponents so far include four potential bottom-half finishers in Leeds, Fulham, Bournemouth and Southampton, does not offer much encouragement.

A two-year malaise in front of goal highlights how any successful strategy for scoring revolved around Raul Jimenez and Diogo Jota. The Portuguese is long gone. The Mexican was first sidelined by a fractured skull and has since been a shadow of his former self. Wolves have never compensated.

There feels a disconnect between Lage and the club in the transfer market. Strikers became an afterthought: a belated deadline-day move for the injury-prone giant Sasa Kalajdzic bought a player who then got injured on his debut.

The subsequent signing of Diego Costa meant they acquired a player who isn’t fit. They can note that Fabio Silva has seven goals on loan at Anderlecht. He was supposed to be part of Wolves’ succession planning but, for now, he is their £35 million flop.

But much of Wolves’ spending has been devoted to other parts of the team. Resources may not have been distributed appropriately. In Nelson Semedo, they have a £37m second-choice right-back. This summer, some £65m was committed to Matheus Nunes and Goncalo Guedes, talented technicians both. Nunes had been described as one of the world’s best players by Pep Guardiola months before he joined; he may be designed to produce a profit but the midfielder is an infrequent finisher.

He is not alone in that. Wolves can accumulate attackers who just don’t score: players as different as Podence and Adama Traore rarely find the net. Maybe only Pedro Neto of their band of wingers looks capable of getting into double figures. For all Wolves’ class in possession, Neto is their only player in the top 38 for shot-creating actions or the top 40 for expected assists this season.

Much of their possession is stylish but harmless.

But if that lack of creativity poses questions over whether if subcontracting too much of their recruitment to Jorge Mendes has brought the potency a team needs, rather than an assortment of gifted passers who can deliver anything but the goal, others surround Lage himself.

A hangdog expression can betray his frustration but he has been unable to render Wolves any more entertaining than they were under Nuno, to exchange safety-first principles based on solidity for more thrilling football. He is still looking for a formula to find goals. He has had support from fans in the stadium, less so on social media, and if that is often the way, the fact is he has been in charge for 45 league games and in 35 of them, Wolves have scored nought or one.

But this was supposed to be the season when his Wolves were brighter and bolder. And instead, so far, they have only outscored one club in the Premier and Football Leagues. In the unlikely event they face Gillingham, Wolves could at least chorus they have scored more than them. 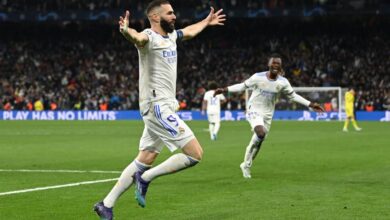 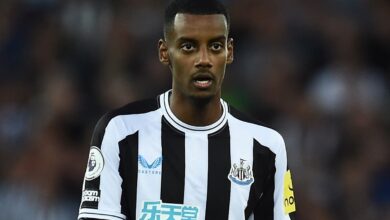 Alexander Isak emphatically announces himself with near-dream debut for Newcastle 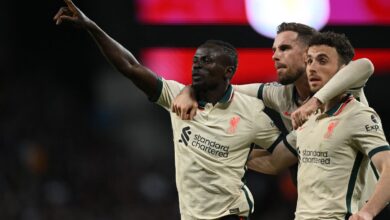