The government is finding a record number of disability benefits claimants have been wrongly rejected by its own assessments as the cost of correcting these errors soars, new figures show.

Campaigners have pointed to “flaws in the system” that led to almost 80,000 Personal Independence Payment (Pip) decisions being overturned at initial review last year.

Meanwhile, separate figures show the cost of these reviews has surged by 26 per cent in the last two years, despite the fact that the number of reviews carried out by the Department for Work and Pensions (DWP) decreased by 23 per cent over the same period.

Claimants who wish to appeal a Pip decision, which are based on assessments by two private firms – Capita and Atos – must first appeal through the department’s internal process, known as mandatory reconsideration.

Separately, figures published by DWP minister Chloe Smith in response to a written parliamentary question show that the cost to taxpayers of mandatory considerations for Pip stood at £24.8m last year, compared with £19.7m in 2018/19 and £13.7m in 2016/7.

The findings have led to warnings that ministers are “throwing disabled people’s lives into turmoil” by putting them through “long stressful” waits to get the right support, while presiding over an “appalling waste” of taxpayers’ money.

When asked about the increase, the DWP pointed to a new approach giving decision-makers more time to contact claimants and gather evidence.

Vicky Foxcroft MP, Labour’s shadow minister for disabled people, said the new figures were “yet another example of the benefits system not working for disabled people” and called on the government to “get a grip and sort this problem once and for all”.

“Ministers have long spoken about fixing the system – these high levels of successful mandatory reconsiderations show otherwise,” she added.

There is no target timeframe for the DWP to complete mandatory reconsiderations; some reconsiderations take two weeks, while others take several months. During this time, the individual will receive the amount they were awarded by the DWP, which will be nothing if the decision was to refuse them the benefit.

One Pip claimant, a 55-year-old woman from Devon who suffers from chronic fatigue syndrome, PTSD, depression and a number of other conditions, told The Independent she applied for a mandatory reconsideration after losing her Pip support in November last year, and was yet to get a response from DWP.

The woman, who did not wish to be named, said she had been on disability benefits since 1996 but received an “unexpected letter” from the DWP in 2021 – only several months after she was reassessed as still being eligible for Pip – saying she needed to have another assessment. Due to the pandemic, it took place via telephone.

“This wasn’t good for me as I’m very nervous speaking to people I don’t know on the phone, plus I tire and get confused easily […] By the time the call was over, I was in tears, exhausted, confused about a lot of the questions I was asked,” she said.

In October 2021, the woman received a letter informing her that her Pip was being completely stopped, which she said left her feeling “confused and devastated”.

“Reading through the assessment it was like it was someone else they were referring to. I don’t understand how my conditions can be judged over a telephone and feel like so many of my issues weren’t taken into consideration and many conclusions jumped too,” she added.

“Now I’m stressed worrying about how I’m going to get by now I only get £260 and a few pence a fortnight to survive on. Having my benefits slashed in half means I can’t afford to put my heating on or pay the people I used to have helping me with shopping and other chores I can’t do for myself.”

The 55-year-old registered for a mandatory reconsideration in November 202 – but said she was yet to even receive a notification from the DWP that it had been received.

“From what I understand this has become normal practice from DWP as they try to discourage people from going through to appeal, giving up because it takes so long,” she said. 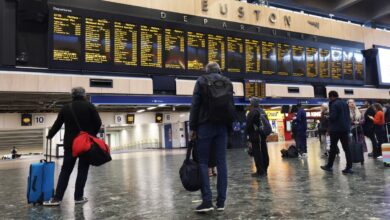 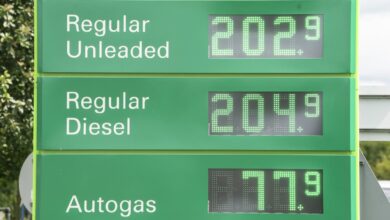 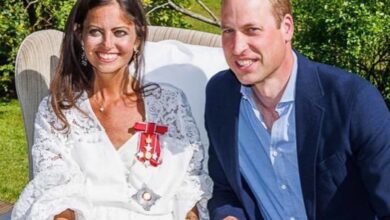