Two years without the Edinburgh Fringe? That’s a lot of stand-up comedians with no one to talk to. This year, the Royal Mile is ready to be deluged with flyers once more, as the festival is returning for the first time since 2019.

With thousands of shows to choose from, the fear of missing out on the gems is high – so we’ve pillaged the brochure to bring you our top recommendations across theatre, comedy and dance.

Hanya Yanagihara’s novel about four friends who have very traumatic lives is a divisive one, loved and loathed in equal measure. If you’re on the superfan side, you’ll be delighted to hear that cult European director Ivo van Hove has adapted it for the stage. After its 2018 premiere in Amsterdam, it now gets a short run at the Edinburgh International Festival. The show, however, is anything but short at more than four hours long.

A neurotic stand-up who will not stop talking to you for an hour? That’s just walking into any pub in Edinburgh during August, right? Actually, no: it’s what happens in this new play by Marcelo Dos Santos, which is being produced by Francesca Moody, aka the original producer of Fleabag. Her shows put fresh writing centre stage and are always worth catching. Plus, it stars Samuel Barnett – forever in our hearts as Posner, the sweetest of The History Boys, and one of our most underrated stage actors.

Dipo Baruwa-Etti has been cementing his rep as one of our most exciting new playwrights all year. An Unfinished Man, his play about a man who thinks he’s been cursed, got raves at The Yard, and the Almeida will stage his play The Clinic in September. First, though, comes Half Empty Glasses, about a young student frustrated by his curriculum’s dearth of Black British history. It’s one of several exciting new plays coming from portable theatre company Paines Plough this year.

The move to overturn Roe v Wade has rightly caused shockwaves, so if you’re searching for a show to focus your mind on one of the most urgent issues of the year, don’t miss Blanket Ban. This docu-play is about the abortion ban in Malta, based on a series of anonymous interviews, and could hardly be more topical.

Everyone is speculating about what our departing PM will do next. Maybe Adam Meggido’s show will inspire him to return to his past in amateur dramatics. Apparently, when Johnson was an 18-year-old schoolboy, he played Richard III. This imagines what that performance might have been like.

Brian Cox, aka Logan Roy, has a non-Succession side-hustle: making fringe theatre with his wife, Nicole Ansari-Cox. After directing her in Sinners at the Playground Theatre in early 2020, he’s now pivoted to producing. She/Her, directed by and starring Ansari-Cox, is a multimedia performance featuring eight women “speaking their truth” on topics ranging from motherhood to trauma, using movement and music.

If you see one new comedian at the Fringe this summer, you should make it Harrison. The US performer, who starred in Netflix sketch show I Think You Should Leave and co-hosted the finished-too-soon podcast A Woman’s Smile, will be one of the most unique voices at the festival. Her sarcasm-laden set is a joy. 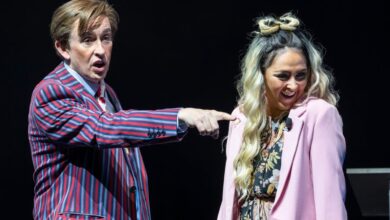 Alan Partridge review: Stratagem at the O2 Arena is excruciatingly bad at times 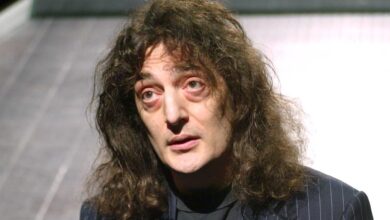 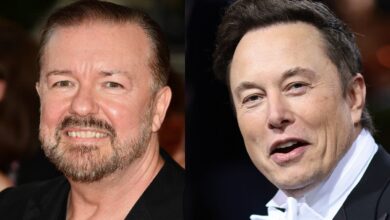