Eminem kneeled during the 2022 Super Bowl halftime show performance in a display of defiance against the NFL.

The rapper knelt during his performance during the Los Angeles Rams vs Cincinnati Bengals Super Bowl halftime show at the SoFi Stadium in Los Angeles, California.

Eminem took the knee at the end of a rendition of “Lose Yourself”, which included Dr Dre, and Anderson .Paak on drums.

The rapper’s display came after organisers had allegedly asked the artists to avoid kneeling ahead of their performance. 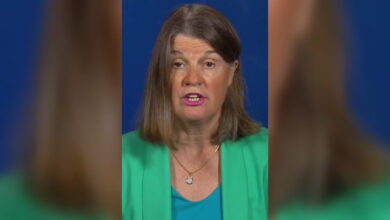