It’s the building where Princess Diana asked Condé Nast boss Sir Nicholas Coleridge if he thought her breasts were too small. The building where Tara Palmer-Tomkinson regularly showed up uninvited to take a nap. The building that’d lead to fights between taxi drivers over who got to do pickups, because the women leaving were “always so beautiful”. The legendary revolving doors at its entrance were used by everyone from Kate Moss and Naomi Campbell to Linda Evangelista and Kate Middleton. And, of course, there was the ludicrously handsome yet ultimately tragic miniature dachshund turned Twitter celebrity Tatler Alan. But more on him later.

Vogue House was not like other offices. Hence the industry-wide nostalgia kicked up this week amid the news that Condé Nast will be leaving its historic Mayfair headquarters after more than 65 years. In early 2024, the company will move its staff and operations to London’s Embankment, leaving behind a building that Coleridge – the managing director at Condé Nast Britain from 1991 to 2017 – describes as “the beating heart” of the glossy magazine industry.

“It wasn’t the grandest building in the world but people had an incredible affection for it,” he says. “I consider myself very lucky to have worked there and to be in Hanover Square, right in the golden triangle of London. It gave Condé Nast a tremendous élan; you never knew who you were going to meet in that lobby.”

Completed in 1958 and owned by the Church of England, the landmark headquarters was designed by Yates, Cook & Darbyshire and comprises seven storeys. Brickwork windows decorated the outside, while the front entrance boasted gold typography, red leather sofas, and a tall display of the latest covers from Condé Nast’s glossy magazines, among them British Vogue, British GQ, Tatler, Glamour and The World of Interiors.

The office housed more than 1,000 employees, the majority of whom were women, and its lifts – though often faulty – could be shared by celebrities, royalty, models, editors and interns alike. “I remember seeing Sophie Dahl in there once,” recalls Louisa McGovern, former managing editor at Brides. “I stared for long until I realised who it was, and made it worse by inching closer to see how tall I was compared to her.”

While some parts of Vogue House were standard office fare – mailrooms and accounting departments can only be so chic – others exceeded its glamorous reputation. Vogue’s bathroom, for example, was kitted out with hair straighteners that staffers would often hastily use to get ready for evening events. Rails of designer clothing would line the hallways, while editors almost always looked like they’d just stepped off the runway themselves. Then there was the boardroom, where A-list stars would often have lunch surrounded by photographs taken by Lord Snowdon, Helmut Newton and Mario Testino.

“We used to get spray tans in there before parties,” recalls Sophia-Money Coutts, former features editor at Tatler. “I vividly remember standing in my knickers in that boardroom, overlooking Hanover Square, as a ‘celebrity’ spray tanner tried to give me abs before my first ever Little Black Book, the magazine’s annual singles party. I’d only just recently arrived from the Mail; it was quite a different environment.”

The building was full of quirks one might not expect at a publishing company. One was Tony’s, the unassuming cafe-slash-canteen where staffers would regularly convene to gossip and flirt over oat lattes and avocado toast – the owner, Tony Batalha, made at least 32 portions a day. Courgetti was more popular than cake, although Batalha said this changed according to the time of day. “In the morning, people are very worried about calories, they are very careful,” he once said. “But by the afternoon, they don’t care.”

Another notable quirk was Tatler’s monthly “animal takeover” for the website, when the editorial team would work alongside various furry creatures for the day. “We would fill Vogue House reception with puppies, lambs, kittens, and giant aggressive rabbits that would pee all over the red leather sofa,” says former digital editor Annabelle Spranklen Moore. “Then we’d have to get them into the lift and up to the third-floor Tatler office. I used to dread this day every month.”

There were also pranks. “I remember on the day of the 2005 general election my publisher sent out a company-wide memo reminding the staff that, in accordance with their contracts, they were all expected to vote Conservative,” recalls Dylan Jones, who served as the editor of GQ from 1999 to 2021. “I would estimate that at least 50 per cent of the building believed him.”

Valentine’s Day at Vogue House was an annual highlight, with Money-Coutts remembering how the lobby would be “inundated” with enormous, expensive bouquets of roses delivered from boyfriends and husbands. “The place looked like a frigging wedding marquee every year,” she says. So in demand were the Vogue House staffers that “floppy-haired posh boys” would regularly loiter outside the building around 12.55pm and 6.25pm, adds Money-Coutts. “They were often hoping to spot hot women coming out, or waiting to meet someone for a date. It was like a scene from a Richard Curtis film out there sometimes.”

Most floors had their own distinctive identity, which would reflect their respective magazines and their respective employees. Writing in his book The Glossy Years, Coleridge notes how Vogue “really was populated by skinny fashionistas in black, with killer heels”. House & Garden “employed Tory matrons and pretty country girls [who’d] grown up in Old Rectories in Gloucestershire”. Tatler, meanwhile, was “staffed by party-minded, treacherous socialites”, and Brides by “adorable, gentle young women who knew everything about wedding dresses”. The World of Interiors “was art school bohemian”, GQ “a testosterone-fuelled fug of sport and menswear”.

Not every floor was quite so easy to pigeonhole, though. “There was something special about the second floor, which was just loads of random departments shoved together,” says one former staffer who would rather stay anonymous. “A nice sense of camaraderie there.”

“There wasn’t much inter-floor mingling,” adds Pip Blaszkowski, who worked across Vogue, Tatler and Vanity Fair before founding her own fashion label, With Nothing Underneath. “Although I remember people would often gather in the sick bay, which was on the Vogue floor. Everyone in there was usually nursing a huge hangover.”

Someone almost every former Vogue House worker is keen to mention is John, the ardent Arsenal fan who sat behind reception. The eyes and ears of Vogue House, John was a perpetually jolly presence who seemed to know everything about everyone who walked through those doors, including who they were dating and their family’s names.

Photographer Darren Gerrish remembers heading to the Vogue offices often accompanied by his short-haired Border Collie, Millie. “She used to love going to Vogue House,” he says. “John would spoil her with treats; she used to nearly take his hand off. We would often be passing by and she’d just jerk the lead and pull me towards the doors. So everyone got to know Millie and, whenever I dropped off pictures, John would call to let the editors know and I’d hear them ask, ‘Is Millie with him?’. So they’d come down to see her and in between petting would ask me what I was doing that week and if I was free for a gig. I swear I picked up all of my Vogue jobs because of my Mills.”

Of course, Vogue House was also where some of the industry’s most legendary figures cut their teeth. Former editors including Tina Brown, Anna Wintour, Grace Coddington and Lucinda Chambers all passed through its doors early in their careers. “I started in a dusty, small cubicle as secretary to the petty cash officer, Lily Davies,” recalls Chambers, who spent 37 years working at BritishVogue, most notably as its fashion director, before co-founding the shopping platform Collagerie alongside fellow former Vogue-ster Serena Hood. “I think it was the only office where no one was smoking, laughing, discussing, [or] running through ideas from fashion to literature,” Chambers says of her first position, which was a stark contrast to her eventual one. “I ended up in a white, light office, surrounded by pinboards of inspiration, model cards and clothes, lots and lots of clothes; it was a dream come true. I only have happy memories.”

Like any office, though, Vogue House was not without its controversies. There was Tatler Alan, whose popular Twitter account – where his selfies and tales of daily walkies delighted more than 2,000 followers – came to a shocking close in 2013 when Alan was killed in a bizarre accident involving the revolving doors at the front of the building. His death made national news.

“I remember taking a picture of the three fire engines that arrived to try and save him, thinking it would be a funny diary story for the next day,” remembers Money-Coutts. “But that was before he died. It was the most traumatic day for all of us there, I think. The sound of wailing must have been audible in space.” 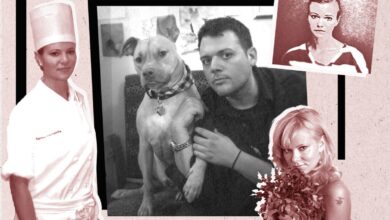 Bad Vegan Sarma Melngailis and the curious allure of cults 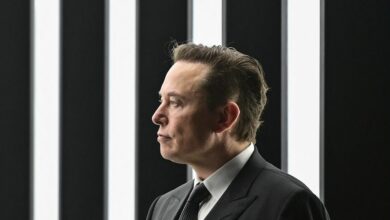 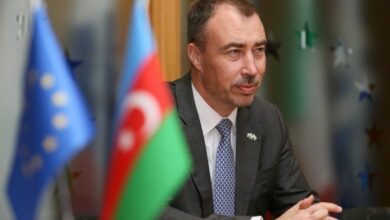