Ministers are set to fall short in their promise to turn the UK into a “science and tech superpower” by 2030, according to a cross-party group of peers, who described the government’s science policy as “inconsistent and unclear”.

The House of Lords’ science and technology committee said the commitment was at risk of becoming “an empty slogan” without a “laser focus on implementation”.

The peers also expressed concern over the government’s failure to appoint a new science minister after George Freeman resigned and vacated the position on 7 July. A replacement is not expected to be appointed until the Conservative Party elects a new prime minister.

They called on Boris Johnson’s successor, due to be announced early next month, to prioritise appointing a minister for science, research and innovation to a cabinet-level position.

The peers concluded that the government’s international science policy “has been somewhat incoherent”, making the UK “appear unreliable and unwelcoming”. They added: “There is an urgent need to rebuild international relationships.”

In a report entitled Science and technology superpower: more than a slogan?, the politicians also said that the failure to secure association with Horizon Europe “risks harming the UK’s reputation further and jeopardising the quality of its science base”.

Membership to Horizon Europe, which previously entitled British scientists to vital funding and research grants, was agreed in principle after the UK’s departure from the EU, but has now been delayed.

The UK is currently being blocked from joining the £82bn research programme because of the row over post-Brexit trade in Northern Ireland.

Amid these delays, new programmes and research fellowships in the UK have stalled.

Leading European scientists are no longer seeking positions in British laboratories, while the 44 UK scientists who were awarded fellowships under Horizon have been told they will no longer be funded unless they move to an EU country.

Committee chairwoman and crossbench peer, Baroness Brown of Cambridge, said that the government’s “science policy has been far from perfect”.

“On the international stage, the failure to associate to Horizon Europe, and recent cuts to Official Development Assistance, have damaged the UK’s reputation,” she said. “The UK cannot be a science superpower in isolation; relationships must be repaired.

Speaking in a personal capacity during an online briefing on the report, crossbench peer Lord Krebs told the PA news agency: “People work in teams across the globe and therefore cutting ourselves off from the biggest international collaborative programme is a remarkably inept thing to do and is it related to Brexit? Yes, it clearly is.”

He added: “There’s a danger that the UK may become a bureaucracy superpower instead of a science superpower.”

But it added: “Despite welcome steps and laudable rhetoric, we are concerned that the government is not on course to meet its ambitions. Evidence of sustained focus, implementation and delivery is lacking. Furthermore, it is not clear how value is added by the many layers of bureaucracy.” 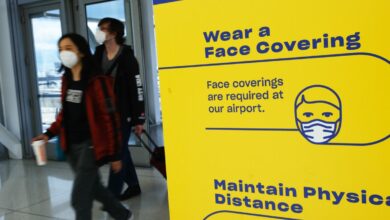 BA.2.12.1: New Omicron sub-variant on the rise across US as first cases detected in UK

Chalk drum from 5,000 years ago is ‘most important art find’ in a century 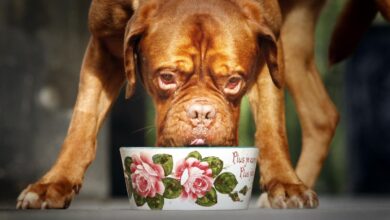