The government is likely to drop a promised ban on imports of fur and foie gras because of opposition within the Cabinet.

The policies were set to be included in new animal welfare legislation, but several ministers are reported to have raised concerns about the plan.

Jacob Rees-Mogg – who has just been prompted to Cabinet as Brexit Opportunities Minister – is said to be among opponents of the changes.

Farmers in the UK are already banned from producing foie gras because it involves force-feeding ducks and geese in order to fatten their liver – but the food can still be imported from abroad.

Fur farming has also been illegal in the UK since 2000 but campaigners have long pushed for an import ban on farmed fur produced in other countries.

The government’s Animals Abroad Bill was expected to include the two trade bans as a way of improving animal welfare, but it has been held up by disagreements within government.

It is also supposed to include other measures to help animals living in other countries such as restrictions on trophy hunting and holidays that lead to the neglect of animals.

Ministers have confirmed that they will go ahead with the trophy hunting aspect of the bills but the BBC reports that action and foie gras and imported fur are likely to be ditched.

Mr Rees-Mogg, the Brexit opportunities minister, is said to be opposed to the bans because he believes people should have the choice to buy products produced in cruel ways if they wish.

Other ministers including Northern Ireland Secretary Brandon Lewis and Defence Secretary Ben Wallace have also raised concerns that a fur ban could ban the import of bear fur hats worn by Guardsmen soldiers.

Environment minister Lord Goldsmith had previously said last year that the government would legislate for the bans at “the earliest possible slot”.

But a spokesperson for the government now says no final decision has been taken, adding that the cabinet is”united in its commitment to upholding its world-leading standards in animal welfare”. 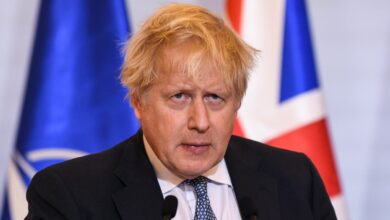 Tory MPs warn Boris Johnson must go if fined by police, as 75% of voters say PM should quit 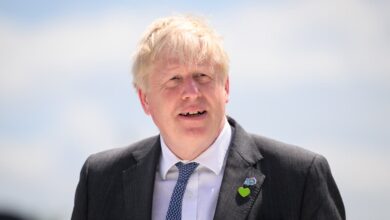