“Human beings tend to venerate what finished well, not what was done well. We attack what ended up badly, not what was done badly. The thing is, despues de visto todo el mundo es listo: everyone’s a genius after the event. I call them prophets of the past. And yet they are wrong even to evaluate the process in the light solely of how it came out in the end.”

Those could be the words of Pep Guardiola but they’re not. They are those of Juanma Lillo, the man who slouches down next to him in the dugout at the Etihad, and you wonder whether in a quiet moment after Manchester City’s stunning defeat at the hands of “the Harry Kane team” on Saturday, Lillo reminded el jefe: “Despues de visto todo el mundo es listo”.

Not that Guardiola really needs reminding. The tendency of everybody in football – and especially football journalists – to act wise after the event is one of his biggest bugbears and has been a running theme in many answers at his press conferences this season. It often comes up when Guardiola is asked about City’s lack of a recognised centre-forward and the failure to sign one last summer.

In the immediate weeks and months after City’s pursuit of Kane collapsed, for example, it was common for the first question after another demolition of inferior opponents to be: “Does that prove you didn’t need to sign a striker after all, Pep?” Guardiola would always respond along the same lines. “One day we’ll lose and you’ll ask me do you need a striker,” he said after a victory at Brighton in October. “I bet you whatever you want.”

Here’s hoping he kept his slip, because that question is suddenly being asked again. For many, Saturday’s extraordinary defeat could not have provided a more compelling and persuasive body of evidence that City should have signed a striker last summer. More specifically, it proved that they should have met Tottenham’s £150m valuation and signed Kane. “Look at what you could’ve won,” Jamie Carragher remarked on Sky.

Kane’s performance – in scoring twice, brilliantly setting up the move for Tottenham’s opener and having another impressive finish chalked off for a teammate’s offside – was perhaps one of the best and certainly one of the most memorable displays by a Premier League centre-forward in years. The implications for the title race are not yet clear but if City are not champions in May, it will be in no small part down to a player they were supposed to be playing for them.

Should that comes to pass, scrutiny will fall on City. Kane was the priority and the desired target, of that there is no doubt. What is less clear is why City’s key decision-makers continued to pursue Kane when next to no progress was being made in negotiations. There was no movement in Tottenham’s position, but the move for an alternative was nevertheless delayed and led to the late scramble for Cristiano Ronaldo. City do a lot right. Last summer, the striker pursuit went wrong.

But if mistakes were made in the pursuit of a new centre-forward, it is hard to look at this season’s performances and spot their consequences. City have already scored 100 goals in all competitions. In the Premier League, only Liverpool have scored more and only once more to be precise. Guardiola’s side have scored in each of their last 22 games dating back to late October, winning all but three of them. Something about all that suggests that a lack of goals or focal point is not the issue here, if there is in fact any issue at all.

One of the ironies of the Kane debate is that while it is presented as something of a sliding doors moment – the failure to sign a “proper No 9” that forced Guardiola to persist with a false nine instead – would much really have changed? When Kane won both the Golden Boot and set up more goals than any other player last season, it was put down to the evolution of his game beyond an archetypal centre-forward. His ability to drop away from the attack, receive the ball and make plays was evident on Saturday in how he fashioned the opening goal.

Why would he not be doing much of the same at City? Though you would perhaps expect Kane to perform somewhat better in the false nine role than Guardiola’s rotating cast of midfielders, would City’s results really look all that different? And even then, the factors that dissuaded the Etihad hierarchy from meeting Tottenham’s £150m valuation of Kane would still be relevant. He would still be 28 going on 29-years-old, with a history of troubling injuries behind him, and Erling Haaland would still be coming onto the market this summer.

Despite Saturday’s defeat, it is still hard to look at City’s season, consider all the various pros and cons of paying £150m for Kane last summer, and definitively declare that they made the wrong decision. The truth is that they have been doing absolutely fine without him. But Guardiola knows that the final verdict on the Kane saga will only be delivered when the title race has been decided. It will be based on results, not performances; outcomes, rather than process. Human beings tend to venerate what finished well, not what was done well. Despues de visto todo el mundo es listo. Everyone’s a genius after the event. 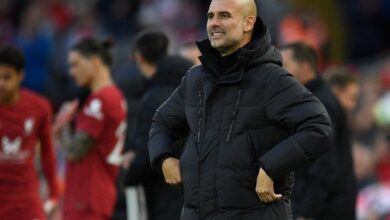 Pep Guardiola again falls victim to the frenzied feeling that ‘this is Anfield’, where Man City simply cannot win 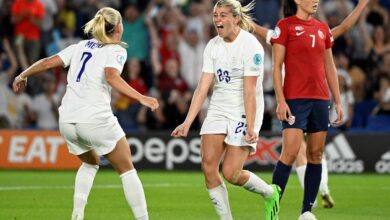 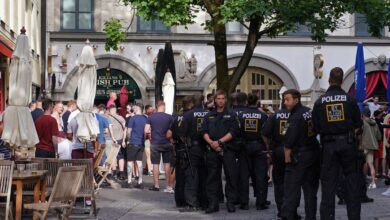 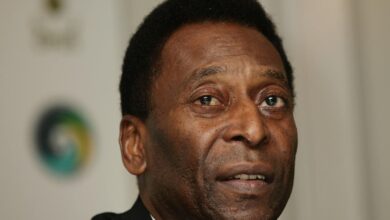