The government can keep parts of its internal advice on Rwanda’s asylum system and alleged human rights abuses secret, the High Court has ruled.

The Foreign Office applied to redact 10 extracts from assessments addressing reports of torture and killings by Rwandan authorities that were drawn up as part of Priti Patel’s deal to send asylum seekers to the country.

After the documents were requested for an ongoing legal challenge over the policy, the department argued that the secrecy was in the “public interest” because disclosure “would cause serious harm to the United Kingdom’s international relations, primarily (but not exclusively) with the government of Rwanda”.

The Foreign Office applied for “public interest immunity” from disclosure, which requires the court to balance competing interests and potential harm.

A judge refused the request for six extracts, save for specific words and one sentence, and granted it for the remaining four extracts.

In a written judgment, Lord Justice Lewis said that some of the material the government tried to redact was “already in the public domain” and could not cause further harm.

A letter from Foreign Office minister Graham Stuart claimed that sharing the contents of the extracts would harm national security “in light of Rwanda’s status as a valuable strategic partner to the United Kingdom across a range of issues including regional security, the maintenance of a strong coalition in support of Ukraine and combating the activities of criminal gangs engaged in illegal immigration”.

Lord Justice Lewis did not make a ruling on the argument but noted that “it is not immediately apparent that any disruption in relations between Rwanda and the United Kingdom would have an effect on either country’s approach to Ukraine”.

The judge said that for each extract the Foreign Office wanted to withhold, he considered the “strong public interest in not undermining international relations with a friendly state”, the “public interest in ensuring access to relevant information in this litigation”, the “evidential significance” of the material and whether it was already in the public domain.

“There is also a strong public interest in the court having access to the fullest information possible to consider whether or not the policy is lawful,” he added.

The disputed material is contained within an email and written comments by a civil servant who was asked to review the Home Office’s draft “country policy and information notes” on Rwanda.

The document, which was published in May, contained an assessment of the country’s asylum system and related human rights issues.

It found Rwanda to be a safe country, but another hearing in July revealed that the Rwandan government itself had been sent a draft to review and asked for edits.

In written submissions, the barrister said that the Home Office has already provided “a significant array of evidence addressing the critical views advanced by the government about the government of Rwanda”.

At a hearing on Wedneday, the barrister quoted from one of the documents written by the unnamed Foreign Office official, who said that torture and “even killings” were detailed.

Separate documents presented to a High Court hearing in July said that Rwanda was “initially excluded from the shortlist of potential partner countries for the proposed immigration policy on human rights grounds”.

The UK High Commissioner to Rwanda indicated that the country “should not be pursued as an option for the planned migration policy” in 2021.

The reasons given included that it “has been accused of recruiting refugees to conduct armed operations in neighbouring countries”, has a “poor human rights record regardless of the conventions it has signed up to” and has been criticised by the UK for extrajudicial killings, deaths in custody, enforced disappearances, torture and crackdowns on anyone critical of the regime.

‘How do we survive?’ Britons share fears of soaring bills on first day of energy bills hike 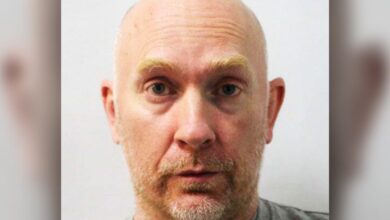