Business Secretary Jacob Rees-Mogg has said there have been reports that some of the opposition to fracking has been funded by Vladimir Putin’s government resurfacing a “baseless” claim.

His remarks came as he defended the government’s decision to formally lift a ban on fracking for shale gas despite a scientific report warning that forecasting the occurrence of “large earthquakes” remains a “scientific challenge.”

Cat Smith the Labour MP for Lancaster and Fleetwood had asked Mr Rees-Mogg if he could clarify for her constituents whether they will be given the opportunity to decide whether fracking happens in Lancashire in response to which he raised the claims.

In 2014, then Secretary-General of the North Atlantic Treaty Organisation (NATO) told Chatham House think tank in London that according to reports Mr Putin’s regime was behind attempts to discredit fracking in Europe.

“I have met allies who can report that Russia … engaged actively with so-called non-governmental organisations – environmental organisations working against shale gas – to maintain European dependence on imported Russian gas,” Anders Fogh Rasmussen told the think tank, according to a report in The Guardian at the time.

The paper added that he declined to give details of those operations, saying: “That is my interpretation.” Nato’s press office said at the time that Mr Rasmussen’s comments were a reflection of his personal views and not official policy.

Green groups rejected the accusation, saying they were not involved in any Russian attempts to discredit the practice and that they opposed fracking on environmental grounds.

In 2016, The Times reported that Ofcom was investigating RT, the Kremlin’s English-language TV channel, for bias after it launched an inaccurate attack on a fracking company.

The investigative news site De Smog, which monitors the “undue influence” of climate science denial and the fossil fuel industry on UK energy and climate policy, has described the claim that protests against fracking have been funded by the Kremlin as “baseless” and said it as claim that has been “promoted by opponents of climate action” following Russian’s invasion of Ukraine.

The Independent has not verified the reports.

The government has said it will support fracking only where there is “local support” but has not explained how they will measure local support for or opposition to fracking.

Mr Rees-Mogg said only that companies will have the responsibility to “develop packages that make the extraction of shale gas attractive to local communities.”

His remarks have led to accusations that he was conflating consent with compensation.

When asked if Mr Rees-Mogg had any evidence to back up claims that some opposition to fracking has been funded by Mr Putin a member of his team pointed to the Guardian’s 2014 report of Mr Rasmussen’s remarks, and the Times’ 2016 article.

The Independent has contacted the Business Department and green groups for comment. 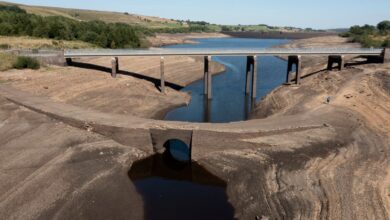 “You ain’t seen nothing yet’: Warning UK must brace itself for more drought, heat and fire 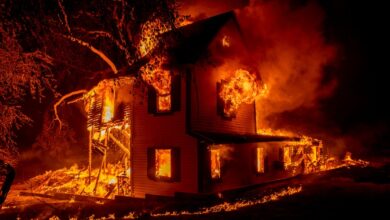 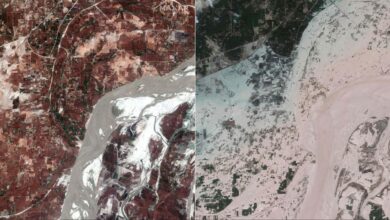 Pakistan floods: Devastating extent of deadly monsoon revealed in before and after satellite images