The alleged victim of a French fashion agent linked to Jeffrey Epstein said its “past time” Prince Andrew speak openly with authorities about “what he knows” of the late financier’s sex-trafficking operations.

Jean-Luc Brunel, yesterday found dead in his prison cell, was in detention awaiting trial on charges of rape of a minor and sexual harassment.

It was suspected Brunel, 76, was part of an international paedophile ring organised by kingpin Epstein, who took his own life in prison while awaiting trial for sex crimes in 2019.

In the wake of his death on Saturday, the Duke of York was met with fresh calls to demonstrate commitments expressed in his settlement statement with Virginia Giuffre to support victims of sex-trafficking.

Prince Andrew pledged to “demonstrate his regret for his association with Epstein by supporting the fight against the evils of sex-trafficking, and by supporting its victims”, the court documents read.

Speaking to The Sun newspaper, former model Courtney Powell Soerensen, who claims to be a victim of Brunel, said: “It is past time for Prince Andrew to step up and provide justice for those denied the opportunity by Brunel and Epstein’s deaths.

“If he truly means what he said in his settlement statement, he should speak openly with all authorities about what he knows.”

Ms Giuffre alleged Brunel procured women, some of them minors, for sex with Epstein and other people, luring them with promises of modelling work.

Tweeting on Saturday, Ms Giuffre expressed disappointment at no longer being able to face him in court.

She said: “The suicide of Jean-Luc Brunel, who abused me and countless girls and women, ends another chapter.

Brunel, who founded MC2 Model Management thanks to investment from Epstein, is considered central to the French probe into the alleged sexual exploitation of women and girls by the US sex offender and his circle.

A considerable number of women have identified themselves as victims of Brunel since the French investigation was opened in 2019.

Dutch model, Thysia Huisman, who was 18-years-old when she first stayed with Brunel, told police she was raped by him in 1991.

“It makes me angry, because I’ve been fighting for years,” she said.

“For me, the end of this was to be in court. And now that whole ending, which would help form closure, is taken away from me.” 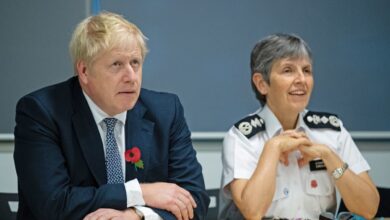