Olympic officials will put an asterisk on the women’s figure skating result as controversy continues to swirl around Kamila Valieva.

Valieva, just 15, takes a slender lead into Thursday’s free skate but the final result is shrouded in doubt after her positive drugs test result.

The Russian skater was cleared to compete by the Court of Arbitration in Sport, a decision challenged the International Olympic Committee, International Skating Union and World Anti-Doping Agency.

However, while allowed to play, Valieva has not been cleared of a doping offence and the IOC had already decided no medals would be awarded until the legal process had concluded, a process some think may think months, even years.

“There will be an asterisk against the results because they will be preliminary and under further investigation,” said IOC spokesman Mark Adams.

without this happening? I think we would all agree with that.

“My heart goes out to the athletes but we all have to follow the rules and I will not be speculating any more on this specific case.”

However, a succession of skaters – including Team GB’s Natasha McKay – lined up to express their frustration as the IOC find themselves in the unprecedented position of issuing only provisional events for an Olympic competition.

“We respect the opinions of all those great skaters but we have an absolute duty to follow the letter of the law, due process is very, very important,” added Adams.

“This person has not even had their B sample opened. The case is not even finished yet, so to make all these grand statements is I think a little bit premature.”

Meanwhile, it’s been revealed Valieva had three drugs that are used to treat heart conditions in the sample she gave at the Russian national championships on 25 December.

In addition to the banned angina drug trimetazidine – which her team has claimed is due to a mix-up with her grandfather’s medication – the teen’s sample showed traces of hypoxen and L-Carnitine, though neither are on the banned list.

“She is in the centre of a lot of speculation it must be very tough for her,” added Adams.

“We are in touch with the team and her welfare is their first priority and obviously we are very careful of that but there’s only so much that we can do. We all need to be very responsible in the way that we discuss this issue, which has not even been concluded yet.” 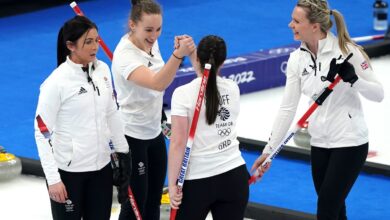 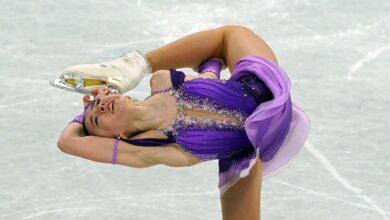 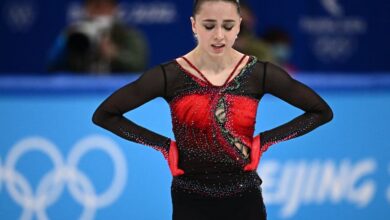