Is it any surprise that Steven Soderbergh has made the best film so far about the Covid-19 pandemic? He’d already predicted it, in an odd sort of way – his 2011 thriller Contagion neatly laid out a blueprint for the past two years, with talk of “social distancing” and extensive hand-washing. His latest, Kimi, offers a second shot of synchronicity. It’s a thriller conceived before the pandemic which now, with a few alterations, has tapped into something unnervingly universal – being at once connected to and isolated from the world.

Over the summer of 2020, screenwriter David Koepp, known for Jurassic Park and Panic Room, decided to finally put pen to paper (or finger to keyboard) on a bit of cyber-paranoia that he’d been chewing over for several years. Kimi name-drops a 2015 Arkansas murder case, in which Amazon was ordered to hand over recordings from an Alexa device present at the scene of a homicide. It was a walking study in modern ethics. Does social good supersede our right to privacy? Are tech companies bound by moral obligation? Koepp relishes these questions, even if the answers might ultimately elude him.

Angela Childs (Zoë Kravitz) works at the Amygdala Corporation. Her job is rather tedious. Each day, she sits at her desk and reviews errors from their Kimi smart speaker. See, the big sell here is that Kimi comes with a human touch – people like Angela will sit and listen to your garbled attempt to add paper towels to your shopping list or play “Me” by Taylor Swift. They’ll then use their human intuition to constantly grow and improve the service. But the Amygdala Corporation is asking that these employees essentially function as flesh-and-bone robots. They are to act without connection or compassion.

When Angela stumbles across a recording of what she believes to be a violent crime, she’s treated by her superiors with either dismissive anger or slimy faux-compassion, the latter so convincingly delivered by Rita Wilson’s perfectly coiffed exec. And when Angela refuses to fall in line, all she gets is a target on her back. There’s a level of improbability here that’s very much part of the package. But that’s part of the easy confidence of Soderbergh’s approach, a particular hallmark of this pandemic-era creative burst of his – Kimi follows 2020’s semi-improvised comedy Let Them All Talk and 2021’s crime fare No Sudden Move, all shot with Covid restrictions in place.

Angela has an anxiety disorder with symptoms of both OCD – particularly a need for repetition and routine – and agoraphobia. When she’s finally compelled to leave her apartment and venture out into the world, it’s like watching the neurons in Soderbergh’s brain all suddenly flare up at once. Gone are the elegant crane shots in and out of her window, elegantly underscored by Cliff Martinez’s electronic spin on a Bernard Herrmann suspense theme. Suddenly, the camera’s nipping at Angela’s calves like an angry chihuahua. The rush of people walking by sounds like an army of relentless, whirring cogs. Soderbergh, serving as both cinematographer and editor under the usual pseudonyms of Peter Andrews and Mary Ann Bernard, is in his element.

Crucially, Kravitz’s performance isn’t overly concerned with coming across as likeable. She’s short with people. A little cold, sometimes. “Covid was a little bit of a setback,” she admits, shrugging off her trauma as if it were just another daily toil. Without the exhausting mantle of self-prescribed importance, Kimi has successfully captured how the pandemic, for many, has felt like watching an invisible hand slowly chip away at their lives. Sitting all day on Zoom and yet feeling lonelier than ever is an exhausting experience. So is the idea of having such minute control over a living space, while feeling totally conquered by it. Soderbergh may not have intended Kimi to be a film primarily about the pandemic, but it understands intimately what it’s felt like to live through it. 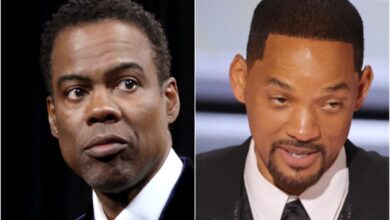 Vicky Krieps: ‘I was completely lost after Phantom Thread – it was like surviving a shipwreck’