Liam Gallagher’s son and Ringo Starr’s grandson are due to stand trial this week on charges of assault and affray following an alleged assault in a Tesco.

Alexander Agbamu, prosecuting, told a hearing at Wood Green Crown Court on Monday: “The original plan was that we would be starting a trial today.

“We were informed on Friday that in fact because the court has been overrun with cases, we can start this trial on Wednesday.”

Ponte allegedly stole a can of beer after the shop had stopped selling alcohol, an earlier hearing was told.

Starkey and Gallagher are also said to have “windmilled” down the aisle at a shop worker trying to stop them from leaving.

The three defendants, who wore suits in the dock, did not speak during the short pre-trial hearing.

Gallagher is the son of the former Oasis frontman and his ex partner All Saints singer Nicole Appleton. 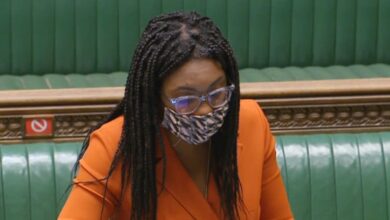