A man has admitted killing two young siblings after the van he was driving hit a car on the M4 motorway in south Wales.

The family, from Tredegar, had been returning from a birthday party at around 1.45pm on Saturday 5 February when the car they were travelling in collided with Newman’s Ford Transit on the M4 near Newport.

Newman, of Croeserw, spoke only to confirm his identity and enter his guilty pleas at Cardiff Crown Court on Monday.

No details of the offence were given at the hearing. Emergency services rushed to the scene following the crash on the M4 westbound carriageway.

Gracie-Ann was taken to hospital but died as a result of her injuries. Her brother Jayden-Lee received treatment in intensive care but died five days after the collision.

Last week family members paid tribute to the youngster and said they were in “shock” about the deaths.

Her father, Joe Wheaton, posted a photo of his smiling four-year old daughter with the caption: “Daddy’s little angel. I miss you everyday, I can’t believe this has happened. Fly high my angel until we meet again.”

Her cousin, Jamie Lucas, described Gracie-Ann as a “kind, wonderful loving young soul, who had a bright future ahead of you”.

In a message on social media, he said: “It only felt like yesterday I visited you in a Grinch costume to help put a smile on your face for Christmas. I just can’t believe you’re really gone.”

After Jayden-Lee died, Mr Lucas added: “Unfortunately, after a week of fighting, Jayden has passed away.

“He was wonderful, creative and a kind soul. Turned the grey skies blue.” 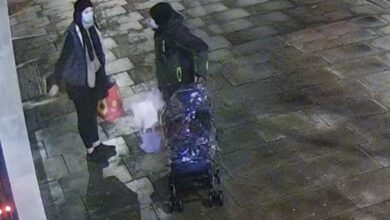