Al Jazeera is airing an image of what it describes as the American-made bullet that killed its longtime Palestinian reporter Shireen Abu Akleh in the occupied West Bank last month.

The pan-Arab broadcaster said the bullet was a 5.56mm round shot by an M4 rifle often used by Israeli armed forces. The bullet was “designed and manufactured” in the United States, Al Jazeera reported.

It cited a former Jordanian major general, Fayez al-Dwairi, as claiming it was the type of munition “used by the Israeli army”.

The bullet, which often comes with a green tip, is often described as a “penetrator round”, for its ability to pierce through armour.

Abu Akleh was wearing blue helmet and body armour marked with the word “Press”. Al Jazeera’s report said that the powerful bullet pierced her helmet, entered her head, and ricocheted against the inner surface of her protective gear.

US authorities sought to restrict the sale of the green tips to civilians in 2015, citing its threat to law enforcement officers wearing body armour.

Al Jazeera and numerous independent investigators allege that Israeli forces shot Abu Akleh as she and her team were setting up to report on soldiers conducting a raid on a village in the occupied West Bank town of Jenin.

Israel forces have denied the accusation, offering up several conflicting narratives in what critics describe as an attempt to deflect blame. The 11 May killing of the Palestinian-American and subsequent attacks by Israeli forces on those mourning her sparked an international uproar, raising anew questions about tactics in Palestinian areas under its military control.

On Friday, Israeli forces allegedly killed three Palestinians and wounded 10 in another raid on Jenin, which has become a hotbed of militant activity. At least 60 Palestinians have been killed by Israeli forces in the West Bank this year, according to the Palestinian health ministry. Attacks by Palestinians in Israel have left at least 19 people dead since March.

American officials are walking on eggshells around the issue. Despite Abu Akleh’s US nationality, the Federal Bureau of Investigation has failed to launch its own probe, as it often does when Americans are killed abroad.

US officials say they are waiting for the outcome of an Israeli investigation. Israeli officials claim their probe could not determine whether their own troops or Palestinian militants fired the rounds that killed Abu Akleh.

Israeli authorities are also refusing to release the results of an internal probe of their conduct during Abu Akleh’s funeral, where police were caught on camera beating middle-aged mourners attempting to carry the dead journalist’s casket. Police reportedly conceded that batons should not have been used against mourners, but commissioner Kobi Shabtai blamed “rioters” for the incident.

Joe Biden is scheduled to make his first visit to Israel since his 2020 election next month. Asked by a reporter whether the US president would raise the issue with Israeli leaders, a spokesman declined to comment.

“It means a lot to President Biden – press freedom,” White House spokesman John Kirby told reporters on Wednesday. “His foreign policy is really rooted in values – values like freedom of the press; values like human rights, civil rights.  And he’s not going to be bashful about raising those issues with any foreign leader anywhere in the world.” 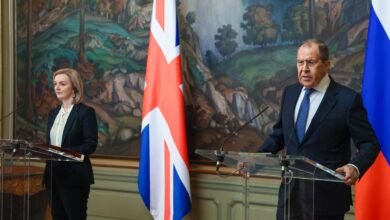