The crisis in the NHS is at the forefront of our minds. Nurses are striking. There are record ambulance waiting times. Even the prime minister uses private healthcare. The BBC’s adaptation of Adam Kay’s This Is Going To Hurt, with its shocking depiction of young doctors on a maternity ward, made the crisis into primetime viewing. Now, ITV’s new drama Maternal, in which three women try to balance exhausting careers in healthcare alongside early-stage motherhood, has raised the stakes – and my heart rate.

The series opens with paediatrician Maryam’s (Parminda Nagra) first day back at work. Having taken two years off to have kids back-to-back, she dreams that she’s sprinting across the ward in pyjamas and wakes up in a cold sweat. Before she leaves, her well-meaning husband tells her she looks beautiful. “I don’t want to look beautiful, I want to look competent,” she complains.

But she’s not the only one being pulled in a million directions. Helen (Lisa McGrillis), a registrar and mother-of-three, is dealing with her husband, a consultant, having had an affair with a 24-year-old trainee. Meanwhile, cool and detached surgeon Catherine (Lara Pulver) seems to have it all figured out, but is parenting her unplanned child alone, with her own mother refusing to help.

At the heart of Maternal lies that age old question: can women really have it all? Catherine’s older female colleague certainly doesn’t think so, telling her to “retrain now while you’re still young enough to do something else”. When Catherine insists that surgery is the only thing she’s ever wanted to do, she is met with the words: “Then why did you become a mother?”

Maternal is timely, given another round of strikes are on their way this week with more to come in order to increase pressure on the government. But the show doesn’t arrive with a “F*** the Tories” banner (this is a primetime ITV drama after all). The conditions shown – the staff shortages, the long hours, the lack of breaks – indicate why the NHS is at breaking point. When Maryam is forced to deliver a baby on her first day back to fill a gap in the rota, she’s sarcastically told they’ll “organise a clap” of gratitude. That gesture, once uniting a nation in support of doctors, now feels pitifully inadequate.

As we watch Maryam, Helen and Catherine race around at work and home, the pressure builds within the show too. The music throbs like a pulse, increasing in tempo in tense moments, while beepers and the screams of babies and pregnant mothers add to the cacophony. At times, the dialogue struggles to match that feeling. Pacey conversations – a marriage counselling session, a ward walkaround – are slightly stilted, pauses between lines left a millisecond too long. Still, this feels like more a choice of direction, as the individual performances are strong. Nagra in particular captures that frazzled feeling of a woman caught between a work and home life that are both demanding too much of her.

Maternal may not be a particularly enjoyable watching experience – unless your idea of fun is screaming babies and surprisingly graphic surgery shots. But at a time when MPs are trying to push through controversial anti-strike laws, it’s an important reminder of why public sector workers are doing it and what’s at stake. You don’t have to be a doctor, a mother, or even a woman to watch Maternal and realise something needs to change.

Matt Hancock ‘to join I’m a Celebrity’ with Seann Walsh

8 sex scenes that even the actors are embarrassed about 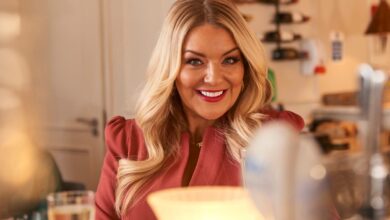 Rosie Molloy Gives Up Everything review: A portrait of flawed humanity teetering on self-destruction