The head of the Metropolitan Police said he can’t promise that women reporting sexual offences will not encounter an officer under investigation.

It comes as more than 1,000 Metropolitan Police officers and staff remain in service despite being accused of sexual offences or domestic abuse, a senior officer revealed.

Sir Mark Rowley was asked on he could guarantee that a woman visiting a police station to report a sexual offence would not meet a police officer whose past behaviour was now under review, or who was tolerating similar behaviour in their department.

“I can’t, I’m not going to make a promise that I can’t stick to,” he told Good Morning Britain.

“I’m going to put in place ruthless systems to squeeze out those who shouldn’t be with us.

“Most of our officers are fantastic, the people who specialised in this area are great and they have the skills. But do I have some officers who shouldn’t be in the Met that I’ve got to identify and get rid of? Yes I do, and I’m completely frank about that.”

A review was sparked by serial rapist David Carrick, who was able to remain in Britain’s largest force for 20 years despite being investigated for at least nine incidents, including calls to domestic incidents at his home.

David Carrick admitted committing 49 charges, totalling 71 sexual offences with 24 rapes, against 12 women between 2003 and 2020 – all committed during his career in the Metropolitan Police.

Now 48, he started his campaign of abuse before joining up, with Scotland Yard investigating him 2000 for allegedly harassing and burgling a former partner but then letting him join the force a year later.

Sir Mark Rowley said opportunities to remove Pc David Carrick from policing had been missed due to weak policies and weak decisions.

The review covers allegations of domestic abuse or sexual offences within the past 10 years, where a Metropolitan Police officer or member of staff was involved and the investigation has finished.

The force said several officers and staff identified in the review are already subject to “risk management measures”, which will be checked, and any new information emerging from the review will cause a reconsideration of their status.

Anna Birley, a councillor who co-founded the Reclaim These Streets group after Sarah Everard’s murder, asked how women could trust the Metropolitan Police when it had promised to “do better” following her killing.

She told The Independent: “How do we trust an institution if thousands of decades-old allegations are only just being dealt with properly now?

”It’s right this review is happening but it’s enraging that women have been gaslit by the police for so long. We are tired of being told misogyny is being dealt with, when every fresh horror that emerges from the Met shows us that they categorically are not.”

Claire Waxman, the London victims’ commissioner, said she was “very concerned” by the figures and urged the force to take “swift and robust action”. 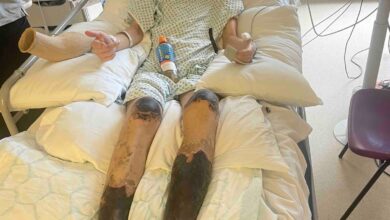