Naomi Osaka cast doubt on her participation at Wimbledon next month after tennis’s governing bodies decided to strip the grand slam of its ranking points.

The ATP and WTA announced their decision last week after Wimbledon refused to change its stance on banning Russian and Belarusian players from competing due to the invasion of Ukraine.

Osaka, who was defeated in the first round of the French Open by Amanda Anisimova on Monday, said the lack of ranking points on offer had reduced her motivation to play grass-court events.

“I would say the decision is kind of affecting my mentality going into grass, like I’m not 100 per cent sure if I’m going to go there,” the four-time grand slam champion said.

“I would love to go just to get some experience on the grass court, but at the same time, for me, it’s kind of like – I don’t want to say pointless, no pun intended – but I’m the type of player that gets motivated by, like, seeing my ranking go up or stuff like that. So I think the intention was really good, but the execution is kind of all over the place.

“I’m not sure why, but I feel like if I play Wimbledon without points, it’s more like an exhibition. I know this isn’t true, right? But my brain just like feels that way. Whenever I think like something is like an exhibition, I just can’t go at it 100 per cent.

“I didn’t even make my decision yet, but I’m leaning more towards not playing given the current circumstances. But, you know, that might change.”

The All England Lawn Tennis Club expressed their “deep disappointment” at the ATP and WTA’s decision, saying it was their only viable option under government advice.

British No 1 Cameron Norrie was also critical of the decision, saying he was “very disappointed” and feared it would reduce Wimbledon to an exhibition event.

“I’d have liked points there,” he said. “It is tough as a Brit playing in my home slam and not being able to fight for ranking points.” 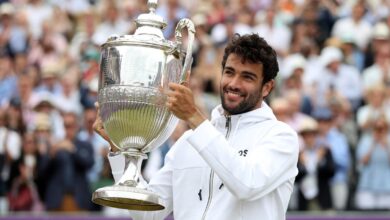 Matteo Berrettini withdraws from Wimbledon after testing positive for Covid 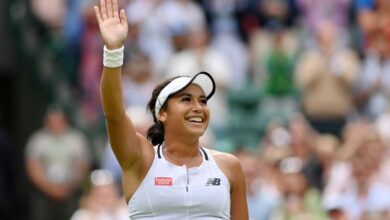 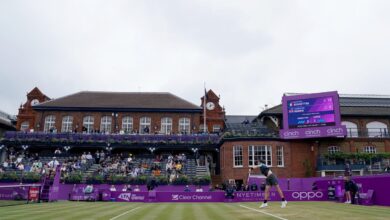 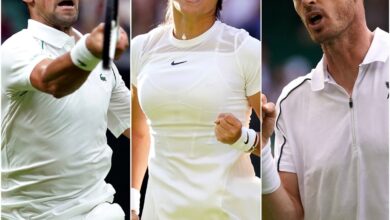