A groundbreaking study has suggested that immune cells against glandular fever have the potential to halt or even reverse symptoms of multiple sclerosis.

US scientists have conducted a trial which saw patients with MS implanted with T-cells that help the body fight the virus that causes glandular fever.

Brain scans suggested the progression of the condition was slowed down or even reversed some patients, the study claims.

Those who saw results also had “sustained disability improvement,” such as being able to walk with less pain.

The T-cells were extracted from people who had recovered from Epstein-Barr virus (EBV), which causes glandular fever and has been recognised as a possible cause of MS.

The researchers have admitted that the study was small and did not rule out the placebo effect — a phenomenon in which some people feel better because they expect to.

However, the results could mark a major advancement in experts’ understanding of MS, which is currently incurable.

MS is a condition that affects your brain and spinal cord as a result of the coating that protects your nerves (myelin) being damaged. This causes a range of symptoms like fatigue, blurred vision and problems with movement and feeling.

The condition stays with you for life once diagnosed, but treatments and specialists can help to manage the condition and its symptoms.

Experts are still unsure exactly what triggers the condition that affects more than 130,000 people in the UK.

According to the MS Society, people are most likely to find out they have MS in their thirties, forties and fifties in Britain, and the condition affects almost three times as many women as men.

The revelation follows a major study from Harvard University of 1 million soliders which revealed that EBV has the potential to be the leading cause of MS, with patients of the virus 32 times more likely to develop the condition.

The groundbreaking T-cell therapy has been developed by US firm Atara Biotherapeutics, based in San Francisco, California.

Its scientists extracted the immune cells known as ATA188, which are found in people who have successfully fought off EBV, and administered them to the MS patients via injection.

The American immunotherapy company trialled the treatment on an initial 24 MS patients for a year in 2017.

Patients recruited from across the US and Australia and were offered different doses of the treatment to assess its effects.

To avoid rejection, the patiants were immunologically matched to people who donated their t-cells after suffering an EBV infection.

Of the 24 participants who were drafted in to take part in the study, 18 continued the trial for up to more than three years — seven of which already showed signs of improvement. 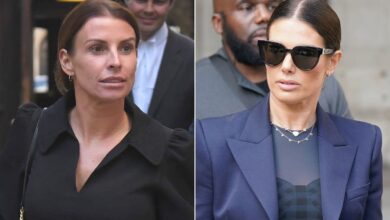