The new prime minister will need to at least double the amount of cost of living support available – from £15bn to £30bn – in order to protect Britain’s most vulnerable households this winter, experts have told The Independent.

The warning from anti-poverty campaigners came as Conservative leadership frontrunner Liz Truss declared that she will not offer “handouts” to those hit by unprecedented rises in energy prices, favouring instead tax cuts which experts warn will disproportionately benefit the rich.

Her comment earned a rebuke from leadership rival Rishi Sunak, who said it was “simply wrong” to rule out an increase in direct support to households amid predictions that the energy price cap could leap from £1,971 now to as much as £3,700 in the spring.

Child Poverty Action Group director of policy Sara Ogilvie told The Independent that the prospect of steep price rises on essentials like food and power were “terrifying” for millions of families who had already cut expenditure to the bone after a decade of benefit freezes and low pay.

“Their cupboards are bare,” she said. “Families are terrified – it’s not an exaggeration to say that.

“Four million children are already living in poverty, but we now know that for families on the lower-income bracket – and even moving into middle incomes now – their income is just not going to match their outgoings, an ever-increasing amount is going on essentials and they are worried they are not going to be able to pay their bills any more.”

Mr Sunak’s promise of an uprating of benefits next April in line with September’s expected inflation rate of around 10 per cent will not be enough, said Ms Ogilvie, who said the hike should be brought forward to October.

“April will be too late and 10 per cent will represent a real-terms cut by then,” she said. “If families have to go through this winter without additional support, their finances are going to be absolutely broken by that point. I don’t see how government is going to be able to not do more, frankly.”

Shadow work and pensions secretary Jonathan Ashworth denounced the battle between Truss and Sunak to succeed Boris Johnson as PM as a “fantasy island” debate divorced from the real pain facing voters confronted by inflation forecast by the Bank of England on Thursday to top 13 per cent by the end of the year.

But Keir Starmer was also under pressure to deliver a more ambitious response to the crisis, with left-wing Labour MP Sam Tarry – sacked from the frontbench for doing TV interviews from a picket line – warning he will be “blown over” unless working people see he is on their side.

Writing in The Independent, Mr Tarry called for pandemic-style furlough payments to help pay energy bills for 40 per cent of households, and said Labour should be openly discussing further taxation of power companies’ excess profits and nationalisation.

James Taylor, director of strategy at disability charity Scope, said that four in 10 families including someone with a disability were already in poverty, with many depending heavily on energy supplies to run medical equipment.

“A lot of them have nothing left to cut back on,” said Mr Taylor. “We’ll be looking to a new prime minister in September to be announcing something quite quickly. The priority has to be to get money to people quickly, because otherwise it’s going to be catastrophic.”

The principal policy adviser at the Joseph Rowntree Foundation, Katie Schmuecker, said that the anti-poverty thinktank’s surveys showed that as early as May there were already 7 million households “going without essentials, going without food, without enough to heat their homes properly, skipping showers, unable to afford the most basic toiletries”, with the number expected to rise sharply in the coming months.

“The government needs to urgently reassess the support that is given,” Ms Schmuecker told The Independent. “A typical low-income family will be experiencing additional costs in April 2023, compared to 2022, in the realm of £2,500.

“We need to see that package of support being doubled in order to meet the kind of costs that people are facing.”

And the Resolution Foundation’s research director James Smith said agreed that, with the scale of expected energy cost rises now double what was anticipated in May when Mr Sunak unveiled his package of support – worth £1,200 to the most vulnerable households – the size of direct payments would have to increase by a similar level.

“We don’t know exactly what scale of support is needed, but we know that the money Rishi Sunak announced while he was chancellor is not going to be anywhere near enough to prevent extremely bad outcomes for the economy as a whole but mainly for those on low incomes who are most exposed to the cost-of-living crisis,” he said.

“The previous package in May was scaled to an Ofgem letter that said the price cap would rise by £850 in October to about £2,800. We’re now staring down the barrel of £3,500. We could be talking about another £15 billion at least.” 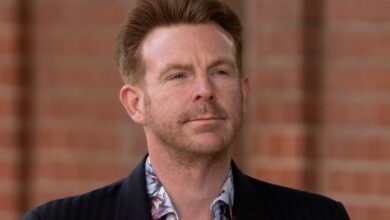 Dominic Raab ridiculed over claim of ‘talks with Welsh government’, after meeting Tories