The 2016 crash of an EgyptAir passenger plane that killed all 66 people on board was caused by a cockpit fire after the pilot’s lit cigarette ignited with oxygen leaking from an emergency mask, a report says.

Experts probing the fatal incident, when EgyptAir flight MS804 – an Airbus A320 en route from Paris to Cairo – plunged into the eastern Mediterranean, alleged that either the captain or first officer had been smoking at 37,000ft shortly before the crash.

In a 134-page official report, which was sent to the Court of Appeal in Paris last month, investigators said the fire may have broken out in the cockpit due a combination of a lit cigarette and the escape of oxygen from the co-pilot’s mask.

The report claimed Egyptian pilots regularly smoked in the cockpit and the practice had not been banned by the airline at the time of the crash.

The oxygen mask had been changed three days earlier and was set to the “emergency” mode designed for smoke or fumes in the cockpit, meaning 100-percent oxygen was being supplied under constant pressure.

The new document, seen by Italy’s Corriere della Sera newspaper, alleges there was a sound of hissing recorded by a microphone on the mask.

Daniele Veronelli, an A320 pilot and a member of Italy’s national association of commercial aviation pilots, Anpac, told the paper that checks on the cockpit oxygen and mask equipment were a routine part of pre-flight activity.

“When we enter the cockpit, between the various preliminary checks before taking off, we also check the oxygen flow in the side masks,” he said.

“A door is lifted and the air flow is tested by pressing a button that protrudes from the compartment. By activating the intercom you can hear the oxygen flowing because each mask is equipped with a microphone.”

The Corriere della Sera report also alleges the pilots had complained of feeling tired during the night flight, which departed from Charles De Gaulle airport shortly after 11pm local time. The plane disappeared from radar around an hour and a half later. However, the report states that the crew were within their duty time.

The International Civil Aviation Organisation (ICAO) pushed for a total ban on inflight smoking as far back as 1996 but the body’s resolutions are only taken into account by governments in drawing up their own laws, rather than establishing hard rules.

Authorities in Egypt had initially blamed the crash on a terrorist bombing, after explosives brought down a Metrojet plane carrying Russian holidaymakers home from the Red Sea resort of Sharm al-Sheikh in October 2015, killing all 224 people on board.

Egyptian officials claimed traces of explosives were found on human remains retrieved from MS804, suggesting it was a malicious act.

But the French BEA air accident investigation agency said in 2018 that the “most likely hypothesis is that a fire broke out in the cockpit while the aeroplane was flying at its cruise altitude and that the fire spread rapidly resulting in the loss of control of the aeroplane”.

‘A nightmare’: How the return of the Marcos family is viewed with fear in the Philippines 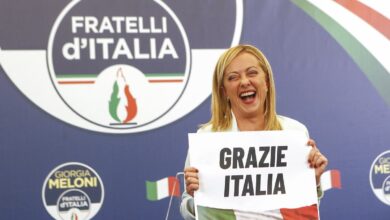