Back in October Prince Andrew’s lawyers unleashed an aggressive move usually only seen during the heated final days of a US presidential election: an oppo dump. The technique, usually performed by flailing politicians seeking to undermine their opponents as swiftly and brutally as possible, is a classic if-all-else-fails move of releasing information and igniting a narrative on an opponent to try and discredit or weaken them.

Their target was the prince’s accuser Virginia Giuffre and they hoped it would result in her claim – that the Duke of York had sexually assaulted her three times at the age of 17 – coming into doubt. She was, as Andrew’s lawyers described, a payday-chasing attention-seeker that the prince had never even met. Her lawsuit, they said, was completely “baseless”.

So it came as somewhat of a surprise to see just 109 days later the Queen’s son, tail between his legs, stating that he had “never intended to malign Ms Giuffre’s character” and that he accepts she has suffered as a victim of abuse. More importantly, the duke’s words were delivered alongside an out-of-court settlement just shy of £12m. It came with no further denial (or admission) to Giuffre’s claims, just the meek promise of “supporting the fight against the evils of sex trafficking”. The mountain of cash – a significant portion of which came from the bank of mummy dearest, to be donated to Giuffre’s anti-sex trafficking charity – was so high, the accuser couldn’t possibly say no.

Over 90 per cent of civil cases filed in US federal court result in a settlement, so it was almost inevitable that Giuffre’s lawsuit would boil down to a pre-trial payout. But given how furiously Andrew had denied the allegations, it was a curious move to settle with a woman his staff had once briefed to journalists as having doctored a photo of the two together just to make her story more convincing. Andrew was less than four weeks away from a deposition with Giuffre’s lawyers – didn’t he want to use that moment to fight for his innocence? A final chance to prove he didn’t do the heinous things he had been accused of? I know, if faced with the same predicament, I would.

While much of the media coverage has focused around Andrew’s statement, a sympathetic narrative is already starting to emerge from the bootlickers of the royal press corps and its orbit of commentators, one that attempts to explain Andrew’s decision not to clear his name because he chivalrously wanted to prioritise protecting the royal institution and his 95-year-old mother from further shame. The quick settlement, royal sources have added, has been a “huge relief” for the family with the platinum jubilee so close. How hard it must have been for them.

The thing is, no matter how you try to polish it, there’s no way to hide the fact that HRH-less Andrew continues to swan around taking no responsibility for his behaviour, a taxpayer-funded security team still at his beck and call. While we are unlikely to hear Giuffre speak about the civil case for the foreseeable future, flicking away her claims with his gilded chequebook won’t change the very real fact that the royal enjoyed and invested in close friendships with two sex traffickers who destroyed the innocent lives of Giuffre and countless other children and women.

It also doesn’t change the fact that even after Jeffrey Epstein pleaded guilty for procuring a person under 18 for prostitution, Andrew saw no problem in returning to the paedophile billionaire’s New York home in 2010 to hang out and allegedly receive foot massages from models of a similar age to his two daughters. If Andrew really cared about rape survivors, like his statement claims, there also wouldn’t still be a material witness warrant for him in the US more than two years since he promised to speak to the FBI about Epstein.

To keep up to speed with all the latest honest opinion and must-read features, sign up to our free weekly lifestyle newsletter by clicking here

The dark legal clouds that Andrew’s mess threatened to cast over celebrations for the Queen’s jubilee may be passing, but as the funds for Giuffre’s payout are prepared for transfer, the royal family is not shining bright. Though it’s understandable that a parent may want to help a desperate (and often broke) son in need, Andrew convincing our head of state to privately cover close to half of the settlement sum in a civil rape case has resulted in a stain on his mother’s legacy in one of the most defining years of her seven-decade reign. It also raises the question that if there’s so much disposable private wealth hidden behind palace walls, why should people of this country – many of whom are struggling to heat their homes this winter – continue to dish out an annual contribution to the royal establishment?

With the Sussexes long gone and Andrew permanently benched, there are fewer working royals than ever, yet the sovereign grant that funds the royal family continues to grow year-on-year. The bunting and street parties this June will serve as a nice distraction, but at a time when the value and purpose of the monarchy post-Queen Elizabeth II is coming under growing scrutiny by the public, this – unlike Andrew’s problems – won’t be a problem that can be silenced with money.

‘Evil temptress’ turned ‘nation’s grandmother’?: Camilla has been a PR victory for the beleaguered royals 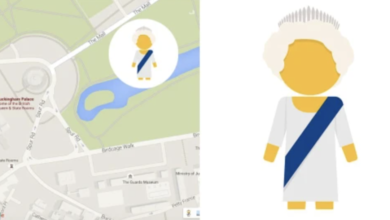