The father of a 14 year-old girl has told an inquest he believes social media helped kill his daughter and that more safety measures are needed online.

Molly Russell’s father Ian said restrictions, like speed limits on roads, are accepted in the offline world but “those measures are not put in place in sufficient quantity in the digital world”.

Molly, from Harrow, northwest London, is known to have viewed material linked to anxiety, depression, self-harm and suicide before her death in November 2017, prompting her family to campaign for better internet safety.

An inquest is being held at North London Coroner’s Court in Barnet almost five years after she ended her life.

The schoolgirl’s father on Thursday revealed she had reached out to celebrities and influencers through an anonymous Twitter account asking for help.

One Tweet, sent to American actress Lili Reinhart, was read to the court while Mr Russell was giving evidence.

Mr Russell said: “It’s exactly that type of message … that was particularly prevalent on Twitter.”

Under questioning from the lawyer for Molly’s family on Thursday, Pinterest’s head of community operations Judson Hoffman said he was “not able to answer” how children could agree to potentially being exposed to content inappropriate for a child.

In the platform’s terms of service, displayed to the coroner’s court, the inquest was told users were asked to report “bad stuff” if they saw it on the site.

The terms of service from November 2016 said users may be exposed to material that was “inappropriate to children”.

The inquest earlier heard the company does not distinguish between children and adults when accounts are set up.

The Russell family’s lawyer, Oliver Sanders KC, asked: “Bearing in mind it might be children who are opening the account … when a user opens an account they have to agree there may be content that’s inappropriate for a child.

“If the user is a child, how can they agree to that?”

Mr Hoffman said at the time Molly was a user on Pinterest, content was moderated mainly if it was reported by users.

Prohibited content would be hidden and made more difficult to find, however it would still be available if someone searched hard enough. 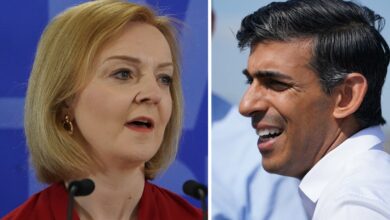 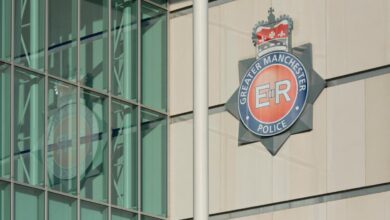