Fifty yards or so uphill from where a danger-to-life flood warning was in place in the Shropshire village of Ironbridge, Kit Graham, 69, sat outside Darby’s café drinking hot chocolate and Cointreau in the sun.

She looked at the link fencing that severed the high street in two: risk of potentially fatal inundation that side; fine on this. “We’re safe up here,” the retired maths lecturer said. “And, if not, we’ve got our legs to run away with.”

This World Heritage village was a place of surreal contrasts on Tuesday.

On the one hand, the sun shone, the sky was blue and half-term tourists milled about on the famous 18th century bridge – the first in the world ever built of iron. The outdoor tables at Darby’s were filled all day.

Yet on the other, much of the lower village – the Wharfage – was fenced off amid dire warnings that the 20-year-old flood barriers here might not be high enough to prevent the River Severn topping them.

Several homes and businesses – those not protected by the barriers – had already been submerged on Sunday and Monday following three storms in less than a week.

Sixty properties had been evacuated. Dozens more had gone under downstream in the town of Bewdley. But, as Tuesday progressed, the growing fear was that excess water rushing down the Severn from as far away as North Wales could cause the river to reach far more catastrophic heights.

“It’s going to be touch and go,” said Carolyn Healy, Telford and Wrekin Council’s cabinet member for climate change, during the afternoon. “If it doesn’t go over, it’s certainly going to be lapping at the top.”

By 8pm, it had not happened and, while a danger-to-life warning remained in place, there was a sense that the worst was over.

At the Tontine Hotel, where police, fire service and council officials had set up an incident headquarters, there was a notable reduction in activity.

Ironbridge felt like a village breathing a sigh of relief.

Yet the fact the barriers held this time could perhaps not disguise a bigger issue at play here: this is the third year on the trot when there have been fears they will top over.

Ironbridge is a village that – like so many others around the UK – now appears to be on the front line of the country’s increasingly freak weather.

In the middle of inland Shropshire – 90 miles from the sea – climate change already appears to be wreaking havoc here.

“We were told the 2020 floods were a once in a century event,” says Vic Haddock, owner of The Old Boat House guest house which is one of the properties that did flood on Sunday.

“Well, it’s happened twice more in two years since. It’s soul-destroying. You see the weather forecast these days and you know the river’s going to be running through your home.”

He and wife Phyllis had spent the last two days and night working water pumps at the property – where they also live – but the water inside had still kept slowly rising. “You can’t stop it once it starts coming in,” he noted. “You’re just trying to limit the damage.”

The 62-year-old former engineer would not, he said, ever consider moving. “We bought this place 18 years ago and it was my dream, and most of the time it still is” he said. “I’ll never give up on it.”

What could the authorities do to help? “They could dredge the river for a start,” he replied. “They could take us seriously when they see us up to our a***s in water.”

Polar heatwaves must ‘wake people up’ to urgency of climate crisis, scientists say

‘Out of the frying pan, into the fire’: Top predators could ‘trap’ themselves trying to adapt to climate crisis 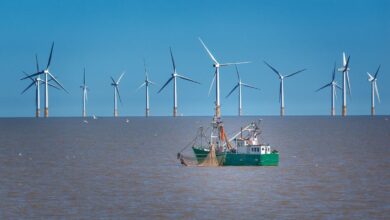