With a pair of dramatic, ringed horns that project like scimitars from its skull, and a milky, almost luminous white coat, the Arabian oryx is an instantly recognisable wildlife icon of the Middle East.

“Merely the beauty of its eyes was enough to inspire the poets of the Arab world,” wrote scientists from Saudi Arabia’s National Wildlife Research Centre (NWRC) in a 1998 paper published in – appropriately enough – Oryx, the journal of Fauna and Flora International, to celebrate a decade of conservation action.

“Unfortunately,” the authors continued, “this beauty did not confer immortality, and over hundreds of years the Arabian oryx was pursued and hunted in its most remote desert strongholds.”

Once found throughout the Arabian Peninsula, its range had already severely contracted by the year 1800, and human pressure on the species merely increased during the 19th and 20th centuries.

The explorer and writer Wilfred Thesiger, renowned for his love of Arabia, described in his 1948 travelogue, Across the Empty Quarter, how new wealth across the peninsula had allowed hunters to pursue oryx in greater numbers in motorised vehicles. The construction of new roads meant the hunters could suddenly reach previously inaccessible areas across borders until 1972, when the last-known wild Arabian oryxes were recorded as living in Oman and were then killed a few weeks later.

Overgrazing of their natural desert habitat by livestock, and some taking of oryx for private collections, were lesser contributory factors in the species’ demise. But as Ahmed Boug, director general of terrestrial studies at Saudi Arabia’s National Centre for Wildlife, points out, this last factor was also the Arabian oryx’s saving grace.

“In the beginning it might have been a problem, that they were taking animals from the wild. But in the end, it saved the species from going extinct,” he says.

Today, the population of the Arabian oryx – one of four species in the Oryx genus, with the other three found exclusively in Africa – is estimated to be 1,200 in the wild in Saudi Arabia, with a further 6,000 to 7,000 in captivity.

It’s the first species to have gone from being classified as extinct in the wild to vulnerable by the International Union for Conservation of Nature (IUCN), the world’s authority on threatened species.

So how was this achieved?

It was no easy feat. With no wild animals left, captive-breeding was the only possible route by which the oryx could be saved. In Saudi Arabia, this process began in 1986, when some 50 individuals held by the King Khaled Wildlife Research Centre were transferred to Prince Saud al-Faisal Research Centre, a purpose-built facility in Taif, south-west Saudi Arabia.

At this time, there were no more than a few hundred individuals in existence – the species was right on the edge of a precipice. In order to maximise genetic diversity of the stock, oryxes were also obtained from other private collections and zoos in Jordan, Qatar and the USA.

To add to the challenge, wildlife managers immediately discovered a problem that could have spelled disaster for the nascent programme – many animals were riddled with tuberculosis (TB).

The standard way of dealing with this is to cull. “The species was critically endangered at the time, so we couldn’t do that,” says Boug. “We called in overseas veterinary experts, and they put a health protocol in place to rid the oryx of the TB; they isolated individuals into pens and got them to drink the necessary medicine in their water.”

No detail was overlooked; calves born to infected females were taken away from them and hand-reared because TB could be transferred through the mother’s milk. This rigorous approach and science-led methodology produced offspring that were entirely free from TB, and this so-called “A generation” was essential to the long-term strategy – reintroduction into the wild.

The 1989 restoration of Arabian oryx into Mahazat as-Sayd, a protected area in the centre of Saudi Arabia, was a highly significant moment. “I was there during the release ceremony,” Boug says with evident delight. “I was one of the secret soldiers of this conservation success story.” At the time, Boug had only recently joined the NWRC. He went on to play a critical role in the on-going and still vital captive-breeding programme.

The decision had already been taken to enclose all 2,553 sq km – an area the size of Dorset – of the Mahazat reserve with 240km of fencing. This was deemed necessary to keep livestock and poachers out and the wildlife in. Other native species, including Arabian gazelles, red-necked ostriches and Houbara bustards, were also released.

Today, the IUCN estimates the population at Mahazat at around 500, making it the single largest wild population anywhere in the Arabian peninsula. 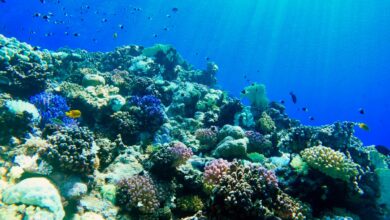 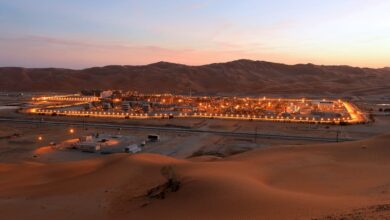 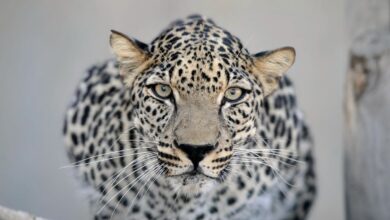 Born to be wild: A daring vision of the Arabian leopard’s future 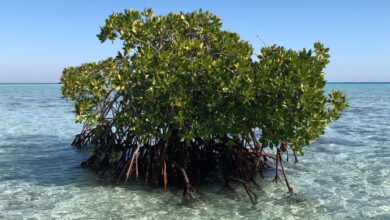