Steve Coogan has said the backlash to him playing Jimmy Savile in a forthcoming BBC drama is partly because “the nation enabled” the paedophile presenter.

Later this year, mini-series The Reckoning, starring Coogan as Savile, will air on BBC One. When the project was announced last year, many people condemned it, arguing that it exploits Savile’s victims.

The series, which was written by Neil McKay, will explore how the late Top of the Pops host was able to commit his crimes unchecked for decades.

After his death in 2011, hundreds of survivors came forward with stories of abuse by Savile, who used his work at the BBC and at hospitals, prisons and charities to conceal his wrongdoings.

During an appearance on ITV’s Lorraine on Wednesday morning (11 May), Coogan was asked by host Lorraine Kelly whether he was at all hesitant to take on the role.

“Yes,” he said. “I certainly understand the revulsion people have for him, a natural revulsion. I think as with all difficult subject matter, it’s better to talk about it than to not talk about it.”

“I think partly it’s because I’m playing someone who either hoodwinked a nation and groomed a nation, or if you’re being slightly less charitable, the nation enabled him.”

Coogan said he believes it’s vital to “contemplate and look back and reflect on why it was allowed to happen, how he was able to do this, and then learn from it” before “you can move on”.

“Look at it before you tell me it’s going to be a load of rubbish,” he urged viewers. “I think it’s very good.”

Coogan emphasised that the BBC is “held accountable” in the series, insisting that there is “no whitewash in this drama”.

Many have accused the BBC of hypocrisy for commissioning the programme. BBC shows Jim’ll Fix It and Top of the Pops allowed Savile close contact with children for years, while senior figures in the corporation heard the stories about him but were unwilling to act and junior employees witnessed his predatory behaviour first-hand.

In 2011, immediately after Savile’s death, two Newsnight reporters began to investigate the stories of abuse, interviewing victims, BBC employees and a former police detective. Their report was scheduled for broadcast in December 2011, but was cancelled on the basis that it would interfere with the shows planned to celebrate Savile over the Christmas period.

The Reckoning’s producers are working with many people whose lives were affected by Savile “to ensure their stories are told with sensitivity and respect”.

“To play Jimmy Savile was not a decision I took lightly,” Coogan previously said in a statement. “Neil McKay has written an intelligent script tackling sensitively a horrific story which, however harrowing, needs to be told.”

If you have been raped or sexually assaulted, you can contact your nearest Rape Crisis organisation for specialist, independent and confidential support. For more information, visit their website here. 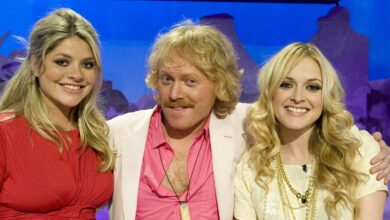 Good riddance to Celebrity Juice, the most puerile show on television

Love Island review: New girl Ekin-Su is bringing the drama as she clashes with Gemma