Super Bowl fans are gearing up to watch some of hip-hop’s biggest names headline the 2022 halftime show.

The 56th edition of the Super Bowl will take place on Sunday 13 February at the SoFi Stadium in Inglewood, California.

In the UK, viewers will be able to watch live on BBC Two and iPlayer, as well as Sky Sports.

Asides from the game itself, the biggest talking point of the Super Bowl is the halftime show, where some of the world’s most famous artists – from Bruce Springsteen to Katy Perry – have entertained fans at the stadium.

Todd Kaplan, Pepsi’s VP of marketing, said in a statement: “Artists like Dr. Dre and Snoop Dogg were at the forefront of the West Coast hip-hop revolution, so to be able to bring them back to LA, where it all began alongside Eminem, Mary J Blige and Kendrick Lamar will prove to be an epic, unforgettable celebration of the impact hip hop has today.”

Ahead of this year’s Super Bowl, here are 10 of the all-time greatest halftime shows.

No frills, just good old-fashioned rock and roll. Tom Petty’s performance is often omitted from rankings of the best Super Bowl halftime shows, but we’re including it here because he absolutely crushed it. Kicking things off with “American Girl”, he followed it up with “Won’t Back Down”, “Full Moon Fever” and the emotional “Free Fallin’”, rounding off with a stirring rendition of “Runnin’ Down a Dream”.

U2 had the unenviable task of trying to raise everyone’s spirits just six months after the 9/11 attacks, but they did an admirable job, with performances of uplifting tracks like “Beautiful Day”.

McCartney preceded the pop stars trying to outdo one another with extravagant stage designs and lavish costumes. Instead, he offered four beautifully played songs, of which the final one, “Hey Jude”, prompted an epic singalong with the crowd at Jacksonville’s EverBank Field Stadium.

One of the few to outdo Katy Perry’s 2015 entrance was Madonna, three years earlier, who appeared on a giant golden chariot led by about a hundred buff men dressed as Roman soldiers. She brought out Nicki Minaj and MIA for “Give Me All Your Luvin’” and also performed hits “Like a Prayer”, “Music” and “Express Yourself”.

There are few entrances as grand as standing on top of a giant golden lion with glowing eyes. Katy Perry went all out for her halftime show in 2015 with performances of “Roar”, “Dark Horse”, “California Gurls”, “Firework” and “Teenage Dream”. And who can forget the notorious Left Shark and his poor coordination?

“Put the chicken fingers down and turn your television all the way up,” the Boss ordered. Springsteen’s 12-minute set started out with “Tenth Avenue Freeze-Out” and also included “Born to Run”, “Glory Days” and “Working on a Dream”. Springsteen will make a cameo of sorts this year, as he stars in an advertising spot for Jeep.

‘I am incredibly confused by it’: Billie Eilish opens up about Tourette’s Syndrome in new Netflix interview 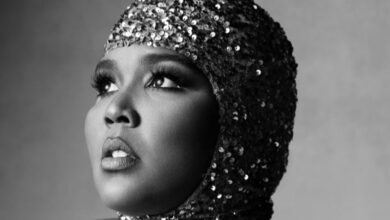 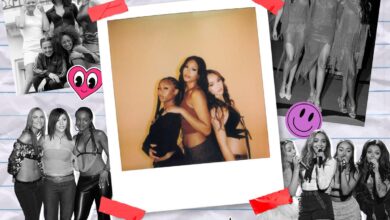 Round round, baby: Are we on the verge of a girl group renaissance? 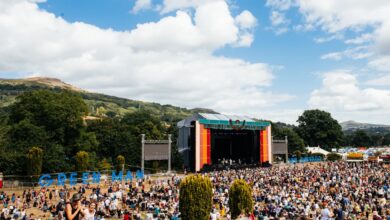