Tesla’s 2016 video promoting the company’s self-driving technology was staged to show features that its systems did not have, according to a senior engineer’s testimony.

The video, now archived on Tesla’s website, shows the company’s Model X driving through the city on streets and on highways as the driver’s hands are hovering just below the steering wheel.

“The person in the driver’s seat is only there for legal reasons. He is not doing anything. The car is driving itself,” a text reads before the four-minute video begins.

The electric vehicle maker’s chief Elon Musk shared the video on Twitter with the caption: “Tesla drives itself (no human input at all).”

“When searching for parking, the car reads the signs to see if it is allowed to park there, which is why it skipped the disabled spot,” he added.

However, a testimony from Ashok Elluswamy, the director of Autopilot software at the company, says the video was partially staged, Reuters reported.

The testimony is from a 2022 deposition that is now reportedly being used as evidence in a lawsuit against Tesla following a car crash involving a former Apple engineer Walter Huang.

In a transcript of his testimony, reported by Reuters, Mr Elluswamy said the video was made “not to accurately portray what was available for customers in 2016.”

“It was to portray what was possible to build into the system,” he said.

Behind the scenes during the making of the video, drivers reportedly intervened to take control of the car during trial runs and the Tesla was also reportedly going via a predetermined route.

The test car also crashed into a fence in a parking lot during attempts to show that the Tesla Model X could park itself without a driver, he said.

While Tesla did not immediately respond to The Independent’s request for comment, the company says in its website that “until truly driverless cars are validated and approved by regulators, drivers are responsible for and must remain in control of their car at all times”.

Tesla’s self driving technology, according to its website, is designed to assist drivers with steering, braking, speed and lane changes, but the features “do not make the vehicle autonomous”.

The company has been subject to legal scrutiny over claims it has made on its driver assistance systems.

Last year, the US Department of Justice began a criminal investigation over claims made by Tesla that its EVs can drive themselves following a series of crashes reportedly involving the autopilot feature, some of which were fatal.

When Mr Elluswamy was asked if the video depicted the performance of the Tesla Autopilot feature available in a production car at the time, he reportedly said “it does not”.

These are The Independent editors’ favourite TikTok accounts 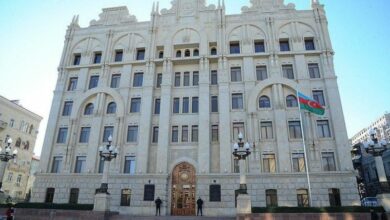 Elon Musk latest: Twitter users prepare to delete accounts as billionaire about to take over