Donald Trump took White House documents that were clearly marked “classified” and “top secret” to his Mar-a-Lago estate, a new report from The Washington Post says.

According to the Post, two unnamed sources have confirmed that some of the documents the former president removed were extremely sensitive, also known as “above top secret.” The revelation raises questions about whether Mr Trump may have broken laws regarding the handling of government documents.

“It is clear that a normal and routine process is being weaponized by anonymous, politically motivated government sources to peddle Fake News,” Trump spokesman Taylor Budowich told the Post. “The only entity with the ability to credibly dispute this false reporting, the National Archives, is providing no comment.”

This is a breaking news story. More to follow 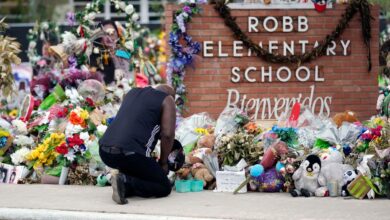