Rail workers and civil servants across the UK are set to vote on further strike action amid a series of fresh disputes over pay, jobs and working conditions.

The Transport Salaried Staffs Association (TSSA) served notice to ballot hundreds of staff for walkouts at South Western Railway (SWR), while nearly 10,000 civil servants in Holyrood are set to vote on industrial action amid a dispute with the Scottish government.

As the cost of living crisis worsens, Britain has been hit by a series of strikes in recent weeks, with more planned throughout August and September.

Royal Mail members of the Communication Workers Union (CWU) will take strike action around the August bank holiday weekend, on 26 and 31 August, and again on 8 and 9 September in a dispute over pay.

On Wednesday, hundreds of contractors at chemicals giant INEOS’s Grangemouth complex in Scotland walked out in an unofficial action over pay, with further wildcat strikes planned at strikes across Teeside in the coming days, according to local media reports.

And most of the national rail network is due to shut down on Thursday and Saturday when workers belonging to the RMT union go on strike.

The TSSA, whose members include station workers, administration staff and controllers, is meanwhile demanding a guarantee of no compulsory redundancies for 2022, no un-agreed changes to terms and conditions, and a pay increase that reflects the rising cost of living.

Ballot papers will be sent out on 18 August, and voting will end on 8 September. TSSA has approximately 17,856 members in the UK and Ireland.

TSSA general secretary Manuel Cortes said: “Yet again we find ourselves in this position because South Western have their hands tied by transport secretary Grant Shapps and this foolish Tory government.

“This means our members’ pay, job security, terms and conditions are under threat for every day of inaction. SWR staff have not seen a pay rise for over two years and are only asking for some basic fair treatment in the face of a cost-of-living crisis.”

The announcement was made ahead of a Saturday’s strike by members of the drivers’ union Aslef at nine train operators, which will cripple services across the UK.

Separately, the Public and Commercial Services Union (PCS), the largest civil service trade union in the UK, has announced it will ballot members as part of an ongoing dispute with the Scottish government.

The row began in December 2021, when the Scottish government published its 2022-23 pay policy, which PCS argue is a “real terms pay cut”.

Union members rejected the pay offer following a ballot in February and March.

It is understood to impact every department of the civil service, of which there are almost 10,000 employees, including Scottish government staff, courts and prisons and the culture sector.

Joy Dunn, industrial officer at PCS, said ministers had informed the union there was no additional cash to increase the sector’s pay – despite ScotRail staff and local government workers receiving improved pay offers in recent months.

She said: “They have claimed there is no additional money to increase pay beyond the core elements of pay policy, despite additional funds being found for ScotRail and an extra £140m going to local government for pay.

“Instead, Scottish government officials have contacted employers to give permission to go beyond the parameters of pay policy which normally allows employers to use just 0.5 per cent of their current year pay budget to further fund pay awards.” 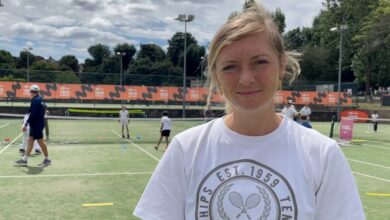